Millstreet Vintage Club Christmas Party is happening on this Saturday Night Dec 8th at Corkerys Bar in Millstreet, Kicks Off from 9pm. Everybody Welcome. 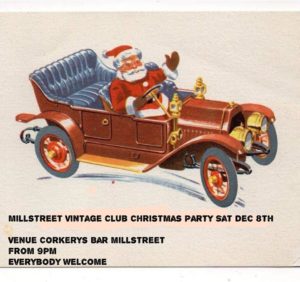 Annual Christmas Morning Climb of Mushera on 25 December at 10.30 am in aid of the Irish Community Rapid Response Air Ambulance. Bucket collection on the day.

Around the Fireside on Thursday 27 December at 8.30pm in Aubane Community Centre. 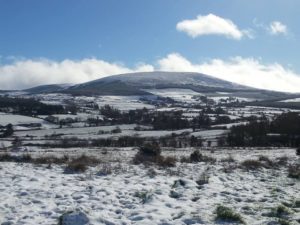 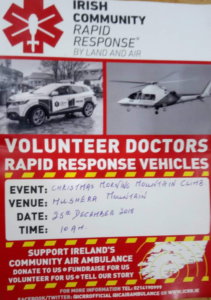 Hello, I’m looking for long term rental accommodation in Millstreet, if you know any available please contact me at 0877457969. The house would be for my parents, we are looking for a 2/3 bedroom. Thank you. Maria. 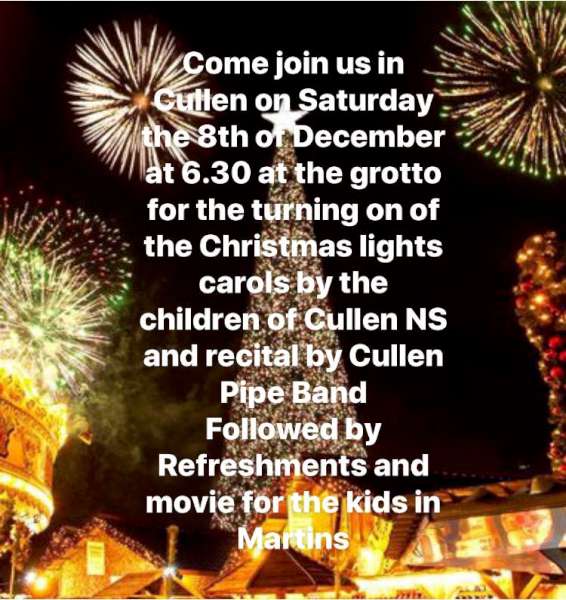 Alan sent us this message asking whether there were ever breweries in Millstreet or Kanturk in the past:

“I’m trying to do a bit of research on old distilleries and breweries in the Cork/Kerry area. Having lived in Kanturk for only two years, my history of the area is sketchy but I do understand that there has been evidence of a brewery in the town back in the early 1800’s. I was just wondering, could I get some more information? Where was the original site? Along the river I imagine but any details would be greatly appreciated.
I haven’t come across any evidence of brewing in Millstreet but if
anyone can point me in the right direction, that would be amazing!”

We do know that in Millstreet, an ale and porter brewery was established in 1835. The site was the Tanyard field of meadow (now the site of the Dairygold Co-op store). This continued and flourished until the Famine. Does anyone have any more information?