Tommy Ring moved from Cullen to New York in 1957, one of many that left behind what was known as the decade of doom. He featured this week in an article about the Seniors Christmas Lunch at the New York Irish Centre:

… While measures of success can be hard to quantify, on an anecdotal level, the regulars at the New York Irish Centre appear to have had no regrets, and were able to push past feelings of homesickness and loneliness to build lives here, often ending up in Irish-centric enclaves like Woodside in Queens.

Tommy Ring, who left Millstreet, Co. Cork in 1957 as a “strapping young lad” at the age of 20, was motivated by the same thing that drove so many of Ireland’s youth over the Atlantic at that time: opportunity.

In New York, he found it in the form of a career spanning 43 years as a ramp serviceman in two of the city’s major airports; 10 of them at JFK and 33 at its sister airport, LaGuardia.
And unlike the diaspora of the previous century, there wasn’t as much of a sense of finality in moving to the US.
“I used to go back to visit [Ireland] twice a year,” he said, referencing one of the perks of working for the airports. “We got free travel after 15 years.”…

[Read the full article in the Irish Times] 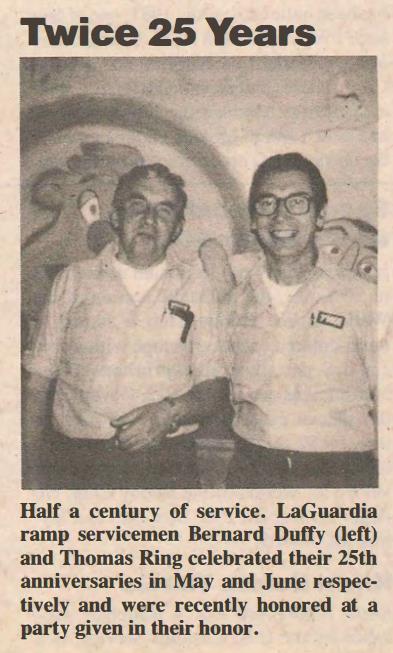 3 thoughts on “62 Christmases in New York”