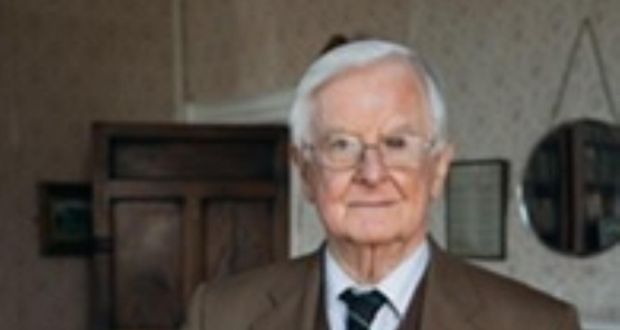 In 1961 he married Joan Powell, whom he had met on the staff of Villiers School and they lived in Waterford. They looked after many of the Newtown pupils in their home as the school was short of boarding space. In 1964 Joan and Leslie memorably took 20 pupils from Newtown School on a cycling trip from Waterford to Paris.

Many of his pupils kept in touch with him. As a teacher, he epitomised the enjoyment of learning, the camaraderie of sport and satisfaction of work well done. Learning a language required learning the culture as well.

Benjamin Leslie Matson was born on January 6th, 1930 and grew up in Cork, joining the choir of St Fin Barre’s Cathedral at the age of six. This began a life-long love of choral and classical music, which culminated in his appointment as Lay Vicar Choral at Christ Church, Cathedral, Waterford. He was a member of the Waterford Music Club for 60 years.

He was educated at Mountjoy School, Dublin as a boarder, and attended Trinity College Dublin where he attained a MLitt and MA. He also studied in Paris and later was sent to La Rochelle, with 20 other teachers, by the Irish Government as they were introducing oral French into the State examinations.

He is descended from the Matsons of Göteberg, a Swedish sea-faring family which worked the fast clipper ships to Australia. Leslie’s great great grandfather sailed into Cork in 1810. There he met and married a local woman and from then on worked out of Cork. His captain’s logbook is a family heirloom. Leslie’s grave now overlooks the sea at St Andrew’s Church, Dunmore East.

He died on March 12th, 2020 and is survived by his wife, Joan, daughters, Kristin and Sheila, sons-in-law and four grandchildren, Ben, Allison, Amine and Ines. A memorial service will be held once the threat of Covid-19 has passed. 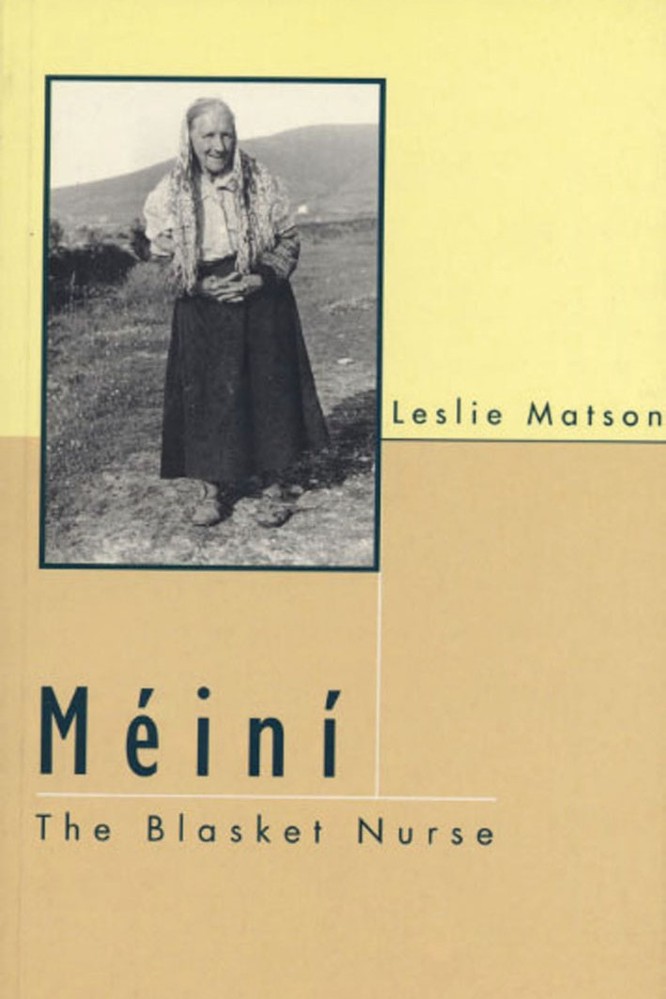 MÉINÍ: THE BLASKET NURSE by MATSON, LESLIE
This is the life story of a remarkable woman, Méiní Dunlevy. Born in Massachusetts of Kerry parents, Méiní was reared in her grandparents house in Dunquin. When she was nineteen, she eloped with an island widower to the Great Blasket, where she worked as a nurse and midwife for thirty-six years. Returning widowed to Dunquin, she died in 1967, aged 91.
Méiní’s story, recorded by the author from her own accounts and those of her friends and relatives in Dunquin, is an evocation of a forceful, spicy personality and a compelling reconstruction of a way of life that has exercised an enduring fascination for readers. [Mercier Press] [archive.org]

Blasket Lives: Biographical Accounts of 125 Blasket People:  Blasket researcher Leslie Matson has painstakingly assembled whatever information exists in an unpublished compendium of brief life sketches referred to as Blasket Lives: Biographical Accounts of 125 Blasket People. Matson’s information is taken from Irish census results from 1901 and 1911, Griffith’s Valuation survey, baptismal records at St. Vincent’s Church in Ballyferriter, the archives of the Great Blasket Centre, various Blasket writings and other sources. A draft of this research was completed in 2005. This was an enormous undertaking and now provides an exceptional in-depth insight into island life. All Blasket scholars are indebted to Matson for his work [The Last Blasket King, Chapter 4]

William M. Glynn (Liam Mac Fhloinn): Quaker, Liberal and Gaeilgeoir by Leslie Matson: WILLIAM Mortimer Glynn was born on 30 October 1895 in Ranelagh, Dublin, the second of four children of Edward Glynn and his wife Susan Halliday. The eldest of the family was Norah and there were two younger children, Sherwood McClure and Kathleen. His grandfather Mortimer Glynn was married to … [Journal of the Waterford Archaeological & Historical Society, no.65 2009]

He also did further research on Newtown.

Leslie Matson was born in Cork in 1930 and studied Modern Literature in Trinity College, Dublin, from which he holds the degrees of M.Litt. and MA. He taught French at Newtown School in 1952 and again from 1959 to 1977 under Liam Glynn and Maurice Wigham and was senior master from 1973 to 1977. He was headmaster of Sligo Grammar School for five years. In 1954, when he first visited it, he developed an interest in the Corca Dhuibhne gaeltacht, particularly Dunquin and the Blasket Islands. He has done extensive research on the Blasket people, which resulted in a biographical study of the 125 inhabitants of those islands most frequently referred to in the literature. In 1996 he published Me’ini, the Blasket Nurse (Mercier Press), the biography of an unforgettable old friend who had been midwife on the Blaskets for thirty-six years. [Journal of the Waterford Archaeological & Historical Society, no.65 2009]

MATSON (Waterford and Cork) on 12th March 2020 in his 91st year at University Hospital Waterford, Benjamin Leslie, Newtown, Waterford, suddenly, after a difficult year of health issues. Sadly missed by his loving wife Joan, his adored daughters Kristin and Sheila, his affectionate grandchildren Ben, Allison, Amine and Ines, sons-in-law, relatives and many friends also his former pupils many of whom kept in touch with him.
Funeral is private but a Memorial Service will be held to honour his life once the risk of Covid-19 has passed. House private. Donations, if desired, to Protestant Aid or St Vincent de Paul. [RIP.ie] [Irish Times]
‘Lord, I have loved the habitation of Thy house, in our music God is glorified’

Messages to the Condolences Page on RIP.ie