Noel Buckley, Chairman, Millstreet Community Council Ltd. extends sincere congratulations to Mark Ellis having been selected at centre-back for the Cork Hurlers for their vital game against Limerick on Sunday, 19th May 2019.   Hope he has a great game.   Also – Millstreet Community Council wishes to pay tribute to Darragh Cashman for his superb displays with Cork Minor Footballers.  (S.R.)

“Mark Ellis, O’Mahony’s replacement, more than coped against Kyle Hayes and Aidan Walsh played an excellent support game in the second half.” [1] 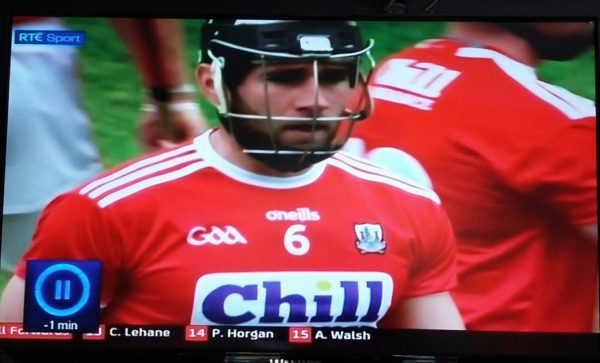 Mark Ellis was about ten yards away from me in the blackrock terrace last Sunday. And now he is centre back on Sunday. Surely they could have got him a stand ticket at least #CorkGAA #corkvlimerick

“Bringing Mark Ellis in from the cold to lock down the defence at centre back, and giving a debut to the Glen’s Robert Downey at wing-back could have been described as panic moves, but analysis in sport is always based on the outcome, and with the outcome being in Cork’s favour this week, Meyler’s selections now look inspired…
…Before Sunday I was of the opinion that Spillane might be the best man to anchor the defence at centre-back, following the difficult afternoon Tim O’Mahony had against Tipp last week.
But that was before Mark Ellis’ impressive display on Sunday. It will be hard to budge the Millstreet man if he keeps up that level of form.” [Echo Live]

“And the other man whose performance was also brilliant in an understated context was that of Mark Ellis.
We all adore hurlers and footballers that light up matches with their finesse in possession and capacity to produce moments that almost make us double-take.
Yet, without players like Ellis, the attacking artists in teams will not thrive.
Like Cooper, Ellis brings a presence and balance to a key sector of the field. Very rarely will you see Ellis do something flashy. But then, that is not his job. What he does is defend like a warrior and develop plays into midfield. At his best, Ellis, alongside Cooper, would have to be considered one of two of Cork’s most important players.
Of course, Patrick Horgan is, by now, a legend of the code in Cork. And is the Leesiders’ most vital presence offensively.
However, in the overall scheme of things, peak Ellis and Cooper are also essential cogs in the wheel.” – Understated performers backbone Cork’s victory over Limerick [2]

Four changes for Cork v Limerick as Mark Ellis comes in for his first game of the year and Robert Downey makes his championship debut. Bill Cooper back and Aidan Walsh in too, Alan Cadogan on bench pic.twitter.com/FoJSeQW8S6