What superb memories we have of the recent World Mounted Games Team Event Parade through Millstreet Town followed by the truly marvellous Liam O’Connor Concert at Green Glens.   Lots of people regretted not being able to be present for this historic happening.  Well….the fantastic news is…..there is going to be another hugely colourful Parade this Tuesday evening (26th July 2016) marking the official opening of the FEI European Jumping Championships for Young Riders, Juniors and Children on Horses.  The Parade begins at 6.30pm (on this occasion it will be a Parade of the many international Riders following the Millstreet Pipe Band and the horses will not be participating in this Parade).   We thank Caitríona at Green Glens for all the relevant information below.   We encourage all to come to view the magnificent Parade and then to proceed to Green Glens for Liam O’Connor’s brilliant Concert where he is joined by a host of superbly talented Musicians.  We thank Millstreet Community Council and all at Green Glens for coordinating this amazing Millstreet Experience.  (S.R.) 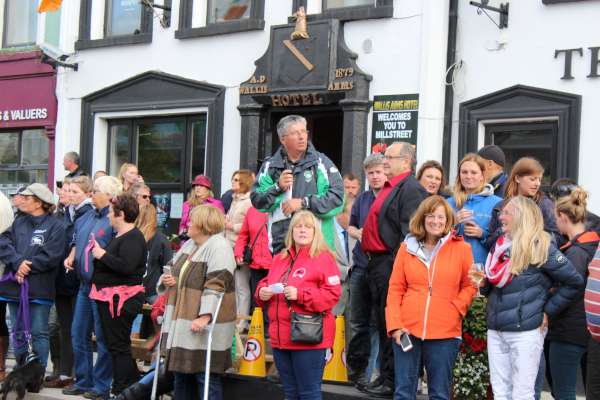 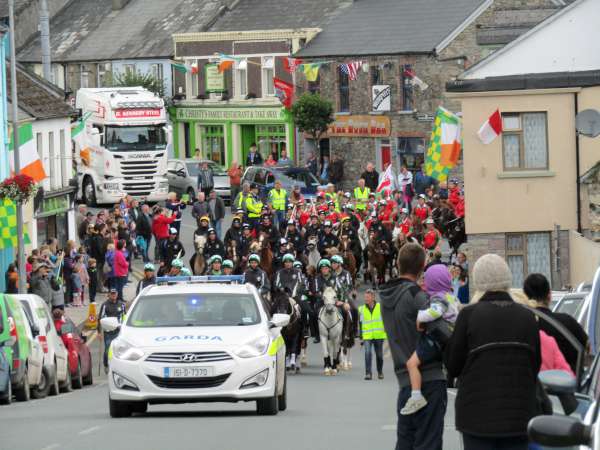 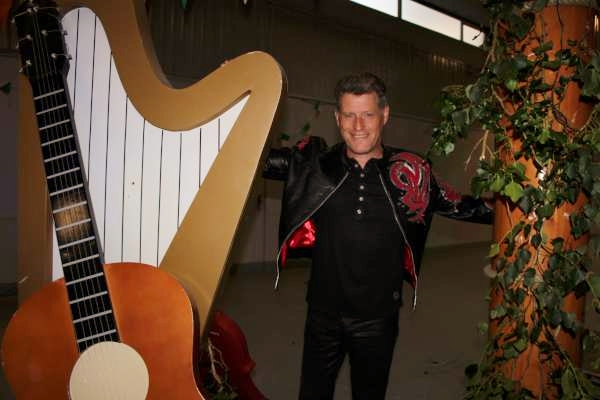 This year The Green Glens Arena in Millstreet is hosting the FEI European Jumping Championships for Young Riders, Juniors and Children on Horses from July 25th to 31st.  This is a very special occasion and it will bring many overseas visitors to our country. We will welcome participants and spectators from 28 nations – some as far away as Israel and Russia.

The opening ceremony for the championships will take place on Tuesday the 26th July.

The ceremony will commence at 6.30pm with The Parade of Nations, led by Millstreet Pipe Band, through Millstreet town (from the Fairfield Carpark) and finishing in the Main Indoor Arena at Green Glens.

This will be a great evening of colour and entertainment for all and we hope to see large crowds of people out to welcome the visiting nations to our town.

Following the welcome speeches in the Main Indoor Arena, the multi-instrumentalist musician, Liam O’Connor, will provide entertainment on what looks set to be a fantastic evening for Millstreet.

Presented by Devenish in association with Fáilte Ireland

While all eyes may be on the Dublin Horse Show this weekend, the Green Glens Arena in Co. Cork is preparing to welcome athletes from nearly thirty nations who are on their way to Ireland to compete in the 2016 FEI European Jumping Championships for Young Riders, Juniors and Children, presented by Devenish in association with Fáilte Ireland.

Millstreet last played host to the Young Rider European Championships in 1994 on the back of a busy Eurovision year. A young Jeroen Dubbeldam took the honours in the Individual Championship that year with the famous ‘Killarney.’ Christian Ahlmann and Marcus Ehning took individual silver and sixth place respectively and were also on the gold-medal-winning German team, while Malin Baryard helped clinch team silver for Sweden. In the twenty two years that have followed, the Green Glens Arena has undergone a remarkable transformation; now boasting 16 all-weather arenas and 3 indoor arenas, together with 1,500 on-site stables.

The Green Glens Arena is no stranger to Championship level competition. The venue hosted the FEI European Championships for Ponies in 2014 to great acclaim and a number of athletes who participated two years ago are continuing to climb up the ranks, travelling to Millstreet this year as Juniors and Young Riders. These include Johanna Sixt (AUT), Benedikte Rie Truelsen (DEN), Emily Ward (GBR) and Justine Tebbel and Lars Volmer who were members of the Bronze Medal winning German team. Harry Charles (GBR) also makes a return trip to Millstreet, but this time with his two siblings Scarlett and Sienna who will be representing Great Britain in the Junior and Children on Horses Championships.

The entries in the Young Rider section include such outstanding competitors as Millie Allen (GBR) who won Individual Gold in Fontainebleau, and Silver in Arezzo, Emma O’Dwyer (GBR) who won Team Silver at Pony level for Ireland, Lisa Nooren and Kevin Jochems (NED)  and Ireland’s own Matt Garrigan (Team Bronze in Arezzo), Michael G. Duffy and Max O’Reilly-Hyland; members of the Silver medal winning team in Poland. Another squad member, Gavin Harley took the honours recently in the Young Riders Grand Prix in Opglabbeek. Ireland will be hoping to build upon their medal haul from the last Championships, this time in front of a home crowd – in 2015 they brought home medals in all three categories, crowned by the performance of Laois-based Jennifer Kuehnle  who went on to become Individual Gold medallist in the Children on Horses final.

Away from the Championship action, the timetable includes a number of national classes for Young Riders and horses which will give both valuable exposure to competing under Championship conditions under the watchful eyes of potential trainers and purchasers. Meanwhile, an action-packed entertainment schedule is planned including live music, an Irish Evening, Mary’s ‘Euro-Quiz’ and an indoor obstacle course! The Opening Ceremony will take place on Tuesday evening when, following a parade of athletes through the town of Millstreet, Minister for Agriculture, Food and the Marine Michael Creed will officially open the Championships before renowned musician Liam O’ Connor takes to the stage with special guests.

The First Horse Inspection gets underway at the Green Glens Arena on Monday morning with the medals being decided for the Team and Individual Championships between Thursday and Sunday. For the first time, all of the Championship action will be available to watch live on ClipMyHorse.tv while the feature classes will be simulcast to subscribers of the FEI’s official video platform, FEItv.

Further information is available on www.millstreet.horse/eu2016

Renewed thanks to Caitríona at Green Glens for such wonderfully comprehensive information.  (S.R.)