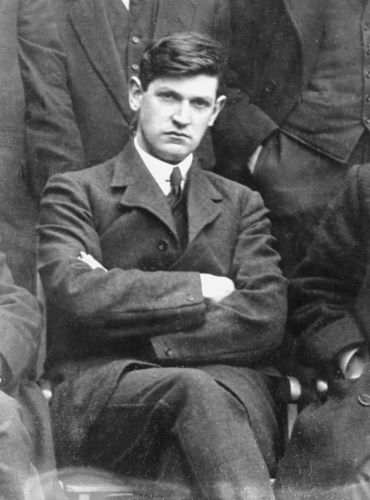 The Tricolour is flying at half mast to commemorate the centenary death of General Michael Collins. Michael Collins was shot dead in an ambush at Béal-na-mBlath by the anti treaty forces. Micheal Collins was born October 16th 1890 in Woodfield, Sams Cross, County Cork.  He was an Irish revolutionary, soldier and politician who was a leading figure in the early-20th century struggle for Irish independence. He was Chairman of the Provisional Government of the Irish Free  State from January 1922 and commander-in-chief of the National Army from July until his death in an ambush in August 1922, during the Civil War. He is buried in Glasnevin Cemetery, Co Dublin.