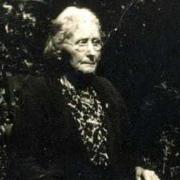 Every few days, Ireland Reaching Out profiles people from Ireland’s distant past. This week they profile a lady who was born in Cullen in 1855:

Margaret O’Sullivan was born on May 4th 1855 in Cullen, the eldest child of Cornelius  and Margaret Hickey. She came out to Sydney Australia with her sister Mary arriving on 1 July 1880 and was soon joined by her younger sisters Hanora and Julia … [read the full profile on Ireland XO]

One question: The parish records give the location of birth as Gurnabeg in the parish register. Would anyone know where that is? Later the family were recorded in Lisnaboy Upper.

Gurnabeg in the Millstreet Parish Register … or is it something else?

Family entries in the Parish Records:

Baptism of MARIA (MARY) SULLIVAN of LISNABEG on 27 August 1857

Baptism of JEREMIAS (JEREMIAH) SULLIVAN of LISNABOY on 19 November 1860

Baptism of TIMOTHEUS (TIMOTHY) SULLIVAN of LISNABEE on 21 August 1866

Baptism of HONORA SULLIVAN of LISHOBEE on 4 July 1869

Baptism of CATHERINA (CATHERINE) SULLIVAN of LISNABEE on 26 March 1872

Residents of a house 6 in Lisnaboy Upper (Cullen, Cork)