Sister Deirdre O’Loan, a former principal of Catholic Junior College and supervisor of the 11 Convent of the Holy Infant Jesus (CHIJ) schools, was 83.

The Irish nun, who had made Singapore her home for nearly 40 years, received the Public Service Star in 2014 for her contributions to education.

Ms Vivienne Lim, chairman of the CHIJ board of management, said Sister Deirdre was a well-loved educator who embodied the CHIJ motto of being “Simple in Virtue, Steadfast in Duty”.

Born in County Cork, Ireland, the eldest of six siblings became a nun at 17. The daughter of an agriculture officer and a housewife arrived in Malaysia in 1959 to teach. She came to Singapore in 1974 and became affectionately known as “Sister D”.

At CJC’s founding in 1975, she joined it to teach General Paper, subsequently heading its English department. In 1986, she became vice-principal before serving as principal from 1988 to 1994.

Litigation lawyer Simon Tan, 51, said he owed the opportunity to become a lawyer to Sister Deirdre, and was “devastated” to hear the news.

She had supported him when he switched from the commerce stream to the arts in 1981 and continued to believe in him despite a poor showing in his A-level exams.

“She told me: ‘Look, you have a passion for English, you have an ability to extrapolate, why don’t you follow up and be the best you can be?’ ”

Despite the challenges of a new syllabus and juggling independent study with national service, he retook the A levels as a private candidate with the help of CJC teachers.

He made it to law school at the National University of Singapore. “It was all because somebody out there believed in me,” said Mr Tan. “She always told us that all we need is a second chance, and we can do whatever we seek to achieve.”

The Straits Times reported in 1991 how CJC was bucking a trend by being one of the few junior colleges to keep holding school proms on campus instead of at expensive hotels.

“Such an arrangement was an inclusive move… everyone could afford to attend prom at school,” said medical doctor Lawrence Ng, 53, a CJC alumnus.

In late 1994, Sister Deirdre took on the position of IJ supervisor, overseeing the management of the CHIJ schools.

She died peacefully, surrounded by friends and nuns at the CHIJ Convent. All school flags of the 11 CHIJ schools are being flown at half-mast until after her funeral.

Her wake is at 4A Chestnut Drive, with daily mass and prayers at 7pm. A funeral mass will be held at St Joseph Church in Upper Bukit Timah Road on Wednesday at 10.15am.

– from the Straits Times

Videos from her funeral: 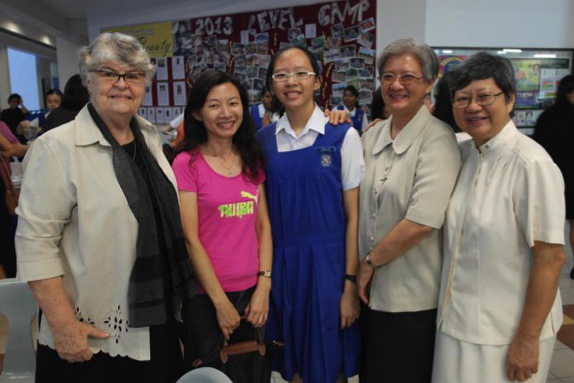 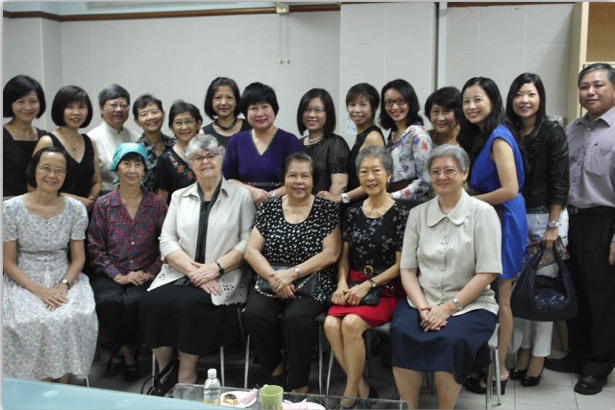 CHIJMES HALL was the Convent of the Holy Infants Jesus school, home & workplace of Irish Sisters from Drishane Convent, Co Cork in Singapore. The last Irish Infant Jesus Sister in Singapore was our dear friend & founding member Sr. Deirdre O’Loan who passed away in 2016. Great education legacy. End of an era.