Skip to content
I’ll try and give some background on the photos. They were in a box in my grandmother’s home. I looked at them with her when I was young but unfortunately didn’t label them. My grandmother passed away in 2002. She was Hannah O‘Sullivan from Knocknaloman. She married Patrick O‘Brien from Ballydaly in New York. Some of the photos include her brother Dan and sisters Liz, Mary, and Hanorah. I think her brother Jerry and sister Kathleen may be in some of the photos. Mary (called Babe) was the last surviving sibling in Knocknaloman. She passed away in 1981.  Most of the photos were developed at “Cronin Cash Chemist” in Rathmore.
There are 2 photos of Ellen O‘Sullivan. She is standing holding a book in one and petting a dog in another. Ellen was murdered in 1931. I’m pretty sure she was a cousin.
There are several photos of two teenage girls Mary and Nora Linehan. I remember my grandmother speaking fondly of them but I don’t know anything about them.
There is at least one labeled Kit Moynihan. I know she was a friend of my grandmother.
There are several with a man with white hair and mustache, At least one is labeled Dan Hickey. I think Dan may have been a cousin. Grandma talked highly of him. 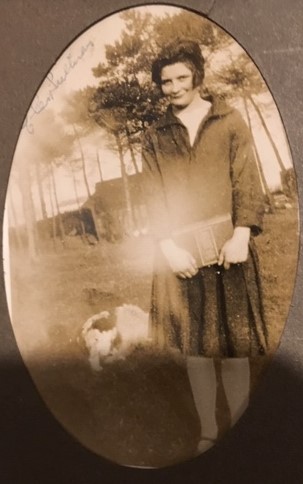 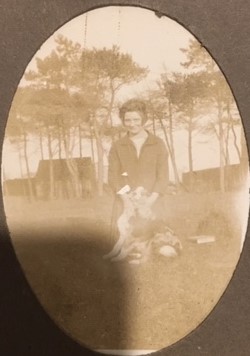 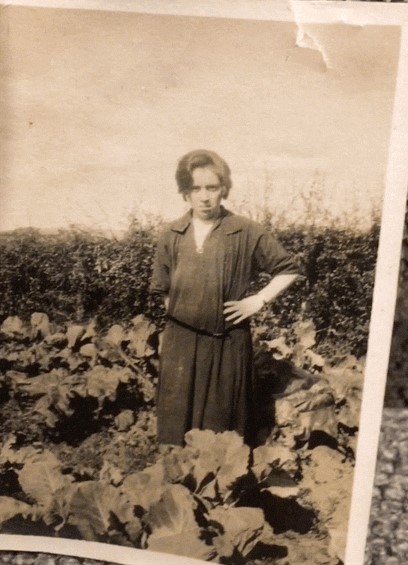 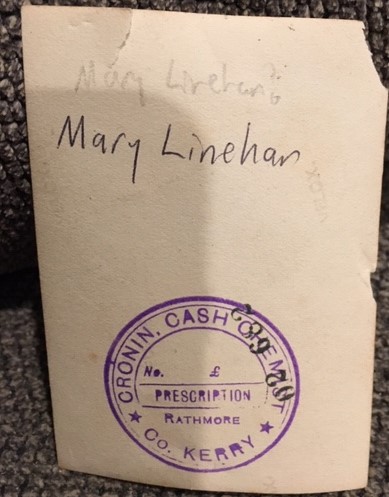 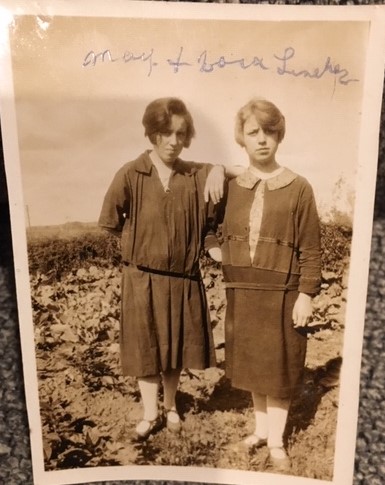 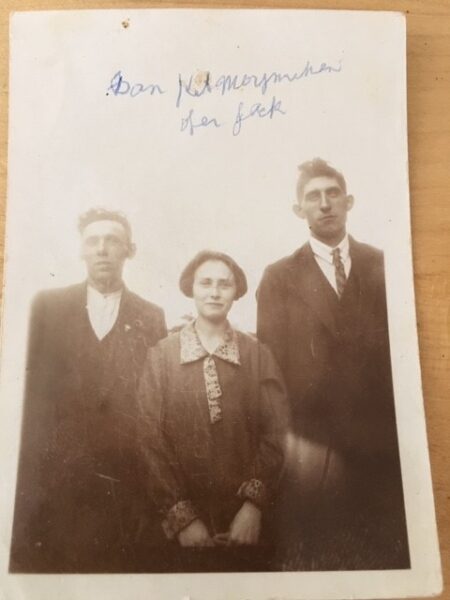 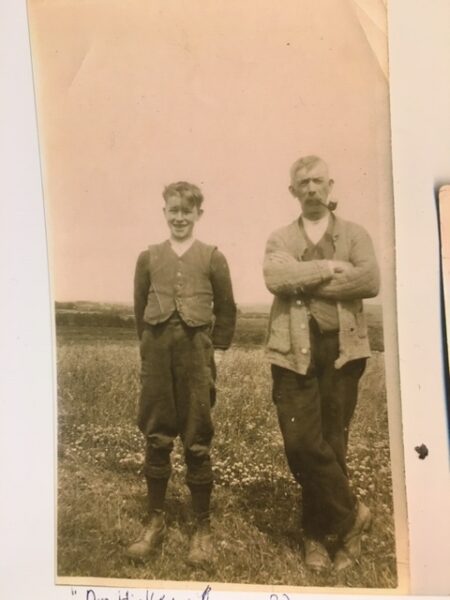 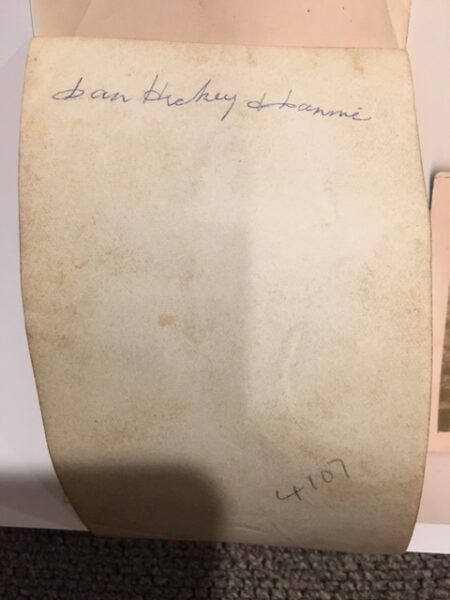