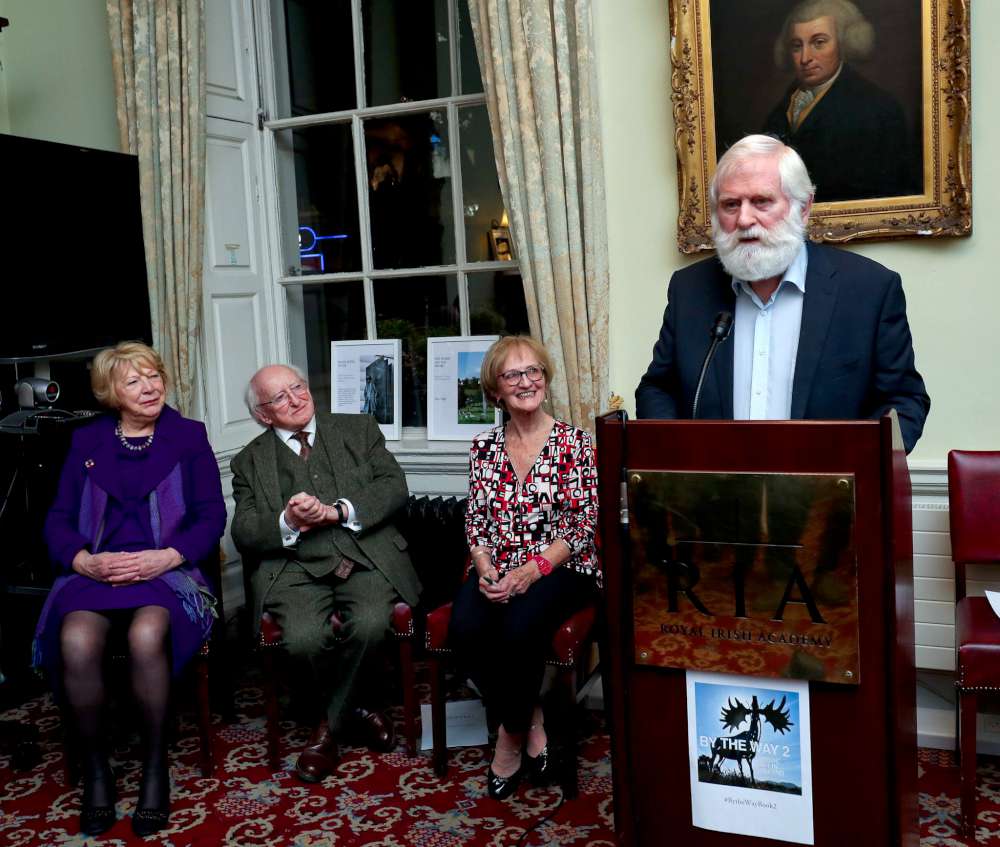 Congratulations to Ann Lane of Ballinatona whose new photographic book on public art in Ireland By the Way 2 was launched yesterday by John Sheehan of the Dubliners, at the Royal Irish Academy, Dawson Street, Dublin. Also in attendance were the President of Ireland Michael D. Higgins, his wife Sabina, and a host of well known faces from politics, friends from her 28 years as personal secretary of past President Mary Robinson. An excellent gift for all!

By the Way 2 is available to purchase from Wordwell Books. 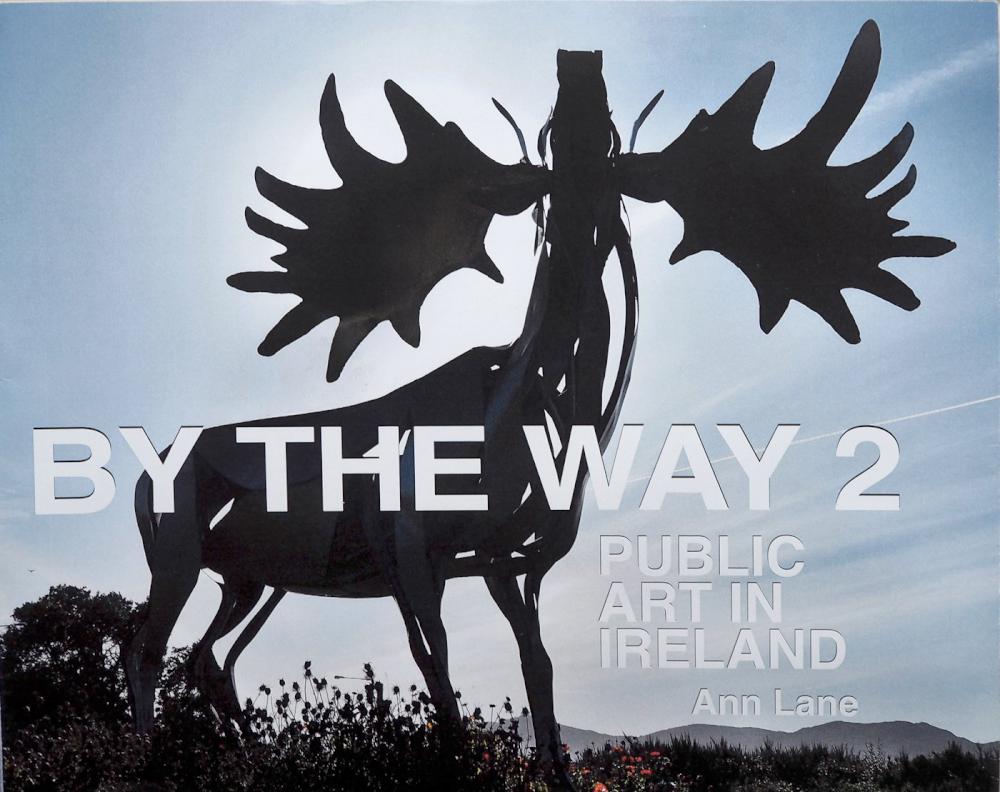 Great evening at the launch of Ann Lane’s new book of photography of public art in Ireland, ‘By the Way 2’, at the @RIAdawson with @laoghain @PresidentIRL @ivanabacik @aliceeire #bythewaybook2 – An excellent gift for all your friends! pic.twitter.com/yrKjE2W7DU

The great tradition of public art on our island reaches back thousands of years to a time when the earliest inhabitants first raised the megaliths and ancient monuments which can still be found across our country.
Over the past 30 years a new wave of public art has been made possible by the commitment of citizens in towns and villages across Ireland, and most importantly by national policy through the Per Cent for Art Scheme. The diverse sculptures which now grace our countryside are a testament not only to the creativity and innovation of the individual artist but also to the power of collective action to adequately fund and sustain public art, as this wonderful collection demonstrates.
“For those fortunate enough to live and travel in Ireland it can provide a new perspective on our native landscape and our journeys through it. For those who have never come to our country I trust that it will arouse curiosity and interest. I hope that all those who open this book will find it as inspiring as I have.”  – President Michael D. Higgins

Thanks so much for the fabulous photos last night @nthnymaxwell of my public sculpture book launch #BytheWayBook2 in @RIAdawson in the company of my friends and some former employers. Quite a bit of history for me in this image, eh @ivanabacik ?!! pic.twitter.com/l5tRRlhSzR

A great turnout for Ann Lane’s Launch of “By the Way 2 “ in Dublin . Over 1000 Public Art Sculptures photographed and documented all over Ireland @laoghain #sculpture pic.twitter.com/HdUr0lkded

The great John Sheahan launching my new sculpture book, By the Way 2, at @RIAdawson tonight in the presence of @PresidentIRL and Sabina Higgins #BytheWayBook2 #RoyalIrishAcademy pic.twitter.com/vewKH2s7ra

Wonderful book launch and even a beautiful air from John Sheehan for @laoghain book tonight. pic.twitter.com/nCkdPvvyhL

A great picture & lots of history there! Well done @laoghain on such a wonderful launch last night

Found another one! Had totally forgotten this one taken by the great @nthnymaxwell. Don't we look the business?! Thanks again for coming @Lillylatelee pic.twitter.com/ChGuo8uHGA

2 thoughts on “By the Way 2 – Officially Launched”