Hello,
I was wondering if anyone on this forum can shed any light my Mother’s ancestors please?
She tells me that her Mother (Elizabeth Leader) was from Mill Street Co.Cork.  Not sure of the full picture but my Mother moved to another area of Co.Cork when she was young and was raised with another family.  She doesn’t really have any recollection of either of her parents.  My Mother’s Father was Michael Bransfield from Middleton.
Billy Clarke <email>
[from a comment on the Leader Genealogy page]

Birth of Elizabeth Leader at Rahalisk to Bridget Leader, a domestic servant of Rahalisk (no father listed) on December 8th 1893.

1901 census: She is living with her grandfather John Leader, aunt Hannah, and uncles Richard and Stephen  in Carriganima.

Couldn’t find her in the 1911 census, but this *may* be her, but a low probability I think:
1911 census: Residents of a house 17 in George’s Street (Clonakilty Urban, Cork). Elly Leader, niece to Jeremiah and Ellen Collins

She married Michael Bransfield from Broomfield East in Midleton. No details on the marriage could be found, but it’s likely that it was in the 1920’s. His details are further down.

“Elizabeth Leader was from Mashanaglass.  She died from a stroke when my Mother was around 9 years of age that would be roughly 1945.” – Billy

She had three sisters and two brothers. Details of those are below

in 1900 or 1901 she married Jeremiah Dennehy, and they lived at Mashanaglas (east of Macroom). No marriage cert, but the birth certs of their children list her as Bridget Leader, and the 1911 census state that they were married 10 years at that stage. There are no other Bridget Leaders around at that time, so it really must be her.

They had three children, who would be half-siblings to your grandmother Elizabeth Leader:

Birth of Julia Dennehy at Mashanaglass on March 4th 1902 to Bridget (Leader) and Jeremiah Dennehy a labourer from Mashanaglass. Married Michael Kelleher of Toames in 1929

Birth of John Dennehy at Mashanaglass on November 16th 1903 to Bridget (Leader) and Jeremiah Dennehy a labourer from Mashanaglass. Married Mary O’Leary of Macroom in 1932 (I think).

Birth of Mary Dennehy at Mashanaglass on August 12th 1905 to Bridget (Leader) and Jeremiah Dennehy a labourer from Mashanaglass. Married Patrick Lucey of Classes, Ballincollig on February 21st 1935.

Failed to find her husband’s death somewhere between 1911 and 1955.

Marriage: failed to find it

Ellen Finigan pops up at the births of some of Mary’s children. This is likely the daughter of Mary’s sister Ellen, so Mary’s father father would be Dennis Finnigan:
Marriage of James Moynihand and Ellen Finnigan (22) on March 5th 1867; she the daughter of Dennis Finigan, a Tailor; in the presence of Jeremiah Moynihan and Kate Finigan

They had six children (who are detailed further down)

1901 census: John is in Carriganima with his family, an agri labourer

1911 census: John is in Carriganima with his family, an agri labourer

Failed to find any more on her

Birth of RICHARD LEADER in 1868 at Carriganima

In 1900 he is listed at a meeting of the Board of Guardians in Carriganima.

1911 census – living in Carriganima, a carpenter

1911 census: living with her father in Carriganima, an agri labourer

Married John Goold from Ballintrasha in 1905

Birth of Ellen Goold at Slaveen on October 21st 1906 to Hanna (Leader) and John Goold, a labourer from Slaveen

Birth of Patrick Goold at Slaveen on April 7th 1906 to Hanna (Leader) and John Goold, a labourer from Slaveen

Birth of Mary Goold at Crossmahon on January 7th 1911 to Hanna (Leader) and John Goold, a labourer from Crossmahon

Birth of STEPHEN LEADER on 26th December 1877 at Moulorough, son of a dairyman (where is this? should it read Maulnahorna?)

1901 census – an agri labourer living with his father in Carriganima

1911 census – an agri labourer living with his father in Carriganima

1901 census: She was a “farmer domestic servant” working for Kellehers of Mashanaglas

Birth of John Murphy at Carriganima on February 24th 1910, to Catherine (Leader) and Patrick Murphy, labourer from Carriganima

Birth of William Murphy at Carriganima on October 24th 1911, to Catherine (Leader) and Patrick Murphy, labourer from Carriganima. Married Mary Lynch of Coole, Millstreet in 1940.

Birth of Richard Murphy at Carriganima on July 26th 1913, to Catherine (Leader) and Patrick Murphy, labourer from Carriganima. Died a bachelor at Coole, Millstreet in 1957.

Difficult to see what happened to the family after this 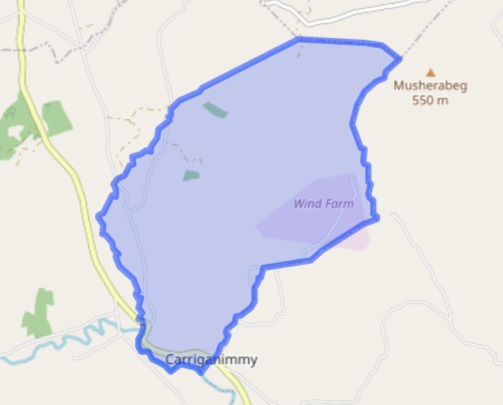 “Michael Bransfield was from Broomfield East, Midleton.  My Mother says that at one time he worked as a groom on the Oakgrove House, near Carrigadrohid (Captain Bowen Colthurst’s home which was burnt down by the IRA in 1920).  He later worked as a labourer for the council in the Carrigadrohid area.” – Billy

Kate (of Broomfield) married Michael O’Keeffe in 1906. Her father was John Bransfield.

Maurice (College View, Midleton) married in 1904 to Elizabeth Kelleher of Broomfield. His father was John Bransfield a labourer [1911 census]

Maybe this is Michael in the 1911 census, at Ballymacooly More (Mogeely), a farmer. but I have given up trying to track him down properly 🙁

[ancestry: James Brandsfield (Imelda Nash)] married to an Elizabeth Leader … but no details

[ancestry: Jeremiah Dennehy (keith Galligan)] has Jeremiah Dennehy of Mashanaglas married to a Bridget Leader. The census says that they are married 10 years (I could find no record of marriage). Also, we later confirmed that she was Bridget Leader through their children’s birth certs.
Note that Bridget’s brother Steven gave his address as Mashanaglas when he died in 1956 (but he died in the hospital).