The very best of luck to Chloé Collins who has been named to start at corner back for Cork in the Munster Senior Ladies Championship Semi Final, tomorrow Saturday June 2nd against Tipperary in Ardfinnan @ 2pm. It’s her first championship start for Cork Seniors ! 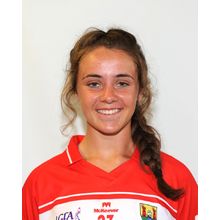 FT score Cork 2-12 Tipp ladies 1:10 . Cork march on to another Munster Senior Final . It’s the qualifiers for @TippLadiesFB after a brave performance today . Chances were there but a deserved victory for @CorkLGFA today Congrats . @tippstarsport @Natsport @MunsterLGFA @spronayne

Half time Cork 2:06 @TippLadiesFB 1:05. Two late second half Finn Frees before the interval put 4 between the teams . An early Cork goal from a defensive error and another from a penalty but Tipp ladies rallied well and are still in this! @LadiesFootball @Natsport @tippstarsport

Ladies previews: Road to Croker begins with semi-finals in Munster and Ulster (Hogan Stand): Tipperary are flying high after securing promotion to Division 1 of the Lidl National League, thanks to their recent Division 2 final victory over Cavan at Parnell Park.
They’re also the reigning TG4 Munster and All-Ireland intermediate champions but face a real baptism of fire on their return to senior championship football.
Cork are the visitors to Ardfinnan on Saturday for what promises to be a cracking tie….