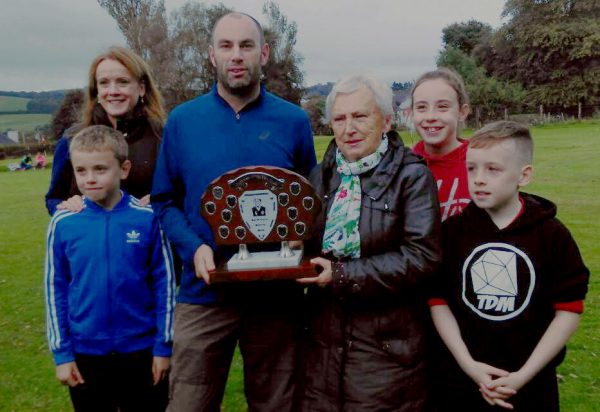 Mary O’Connor presenting the Alan O’Connor Trophy to her son Colm who was the worthy winner of his brother’s Memorial Cup. Included are Colm’s wife Colette, his daughter Ciara and his twin sons Cian and Tom. 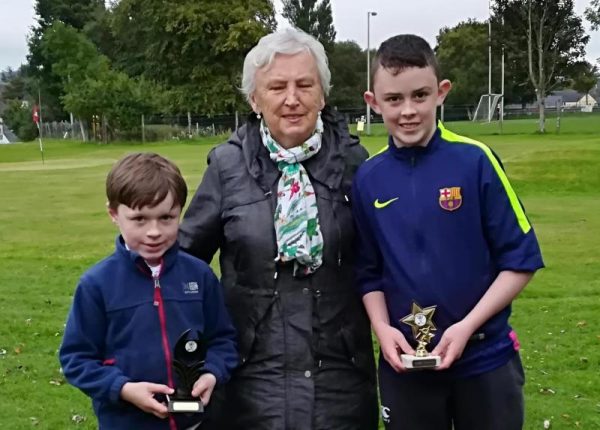 Mary O’Connor presenting  the Junior Section of the Alan O’Connor Trophy to winner,  Alan McAuliffe with Darren O’Sullivan who was runner up in Juvenile Section.