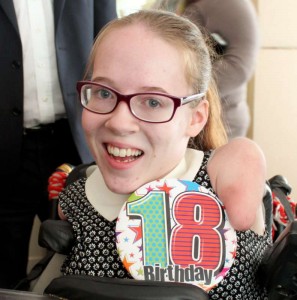 Congratulations to Joanne O’Riordan who has won the prestigious Junior Chamber International Outstanding Young Person of the World Award for 2015.

She was was shortlisted for the award by public vote, receiving almost half of the 26,000 online votes for the award which honours individuals under the age of 40 who have contributed greatly to local and global communities.

She was selected as the winner by a panel of judges for her contribution to children, world peace and human rights. Joanne will fly out to the awards ceremony at the JCI World Congress in Kanazawa, Japan – November 3rd – 8th.

It’s all over the news and media this evening and is covered on:
the RTÉ News, the Evening Echo, the Irish Times, the Journal.ie, BreakingNews.ie, the Irish Examiner, RedFM (includes audio), The Anton Savage Show on TodayFM (audio), Interview with Nicky Byrne and Jenny Greene on 2FM (audio from August 14th)

Yes it's true I have been awarded the prestigious JCI Outstanding Young Person of the World Award for 2015.Will be #rockingit in Japan

4 thoughts on “Outstanding Young Person of the World 2015”