Brigitte FROISSART, his wife, Marius, Claire, Augustin, his children, Kyan, his grandson, as well as all the family and friends, have the pain to share with you the sudden death of Mr Pascal FROISSART, retired professor from Notre-Dame college, which occurred on May 6, 2021 at the age of 68.

Pascal rests at the Neuvillette funeral home, Reims, France. The funeral will take place on May 14, 2021 in privacy [1] 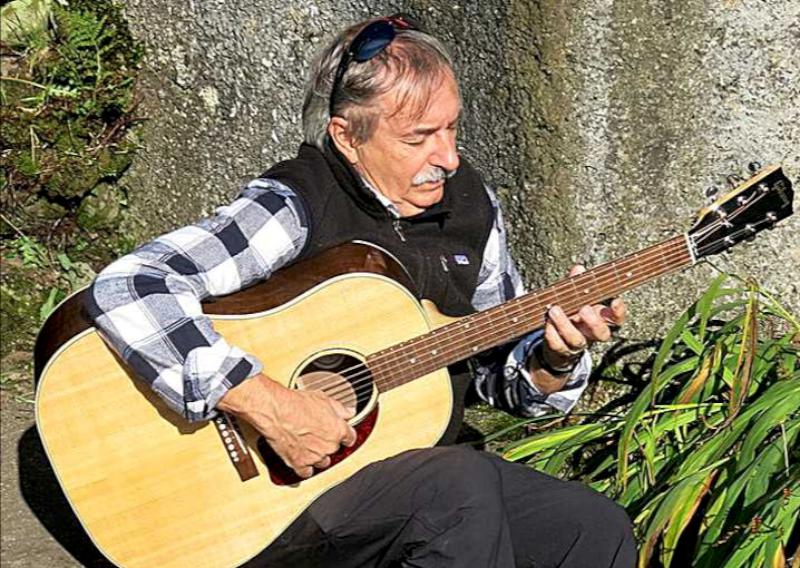 Pascal and his wife Brigitte spent the summers of the last 30 odd years living in their house in Tullig. A trained musician, he came to Ireland  after discovering Irish Traditional Music, took up the Irish accordion, immersed himself in the music of Sliabh Luachra, and played around the country.

Pascal Froissart from Reims in France was born in 1953. At fourteen, he was playing the guitar for folk songs, blues, ragtime, and also bluegrass on the mandolin. He discovered Bert Jansch and John Renbourn at 18 and was immediately captivated by their music. He heard them live at a Pentangle concert in Bobino, Paris, in 1972. He even met and talked to Bert and John before the concert in a tiny bar, which was a thrilling experience! From configuring Renbourn’s music, Pascal turned to classical guitar for a while, before discovering Irish music. He then put down his guitar in favour of the Irish accordion which he played extensively all over Ireland. He is still playing and partly living in Ireland. [from: For Bert Jansch]