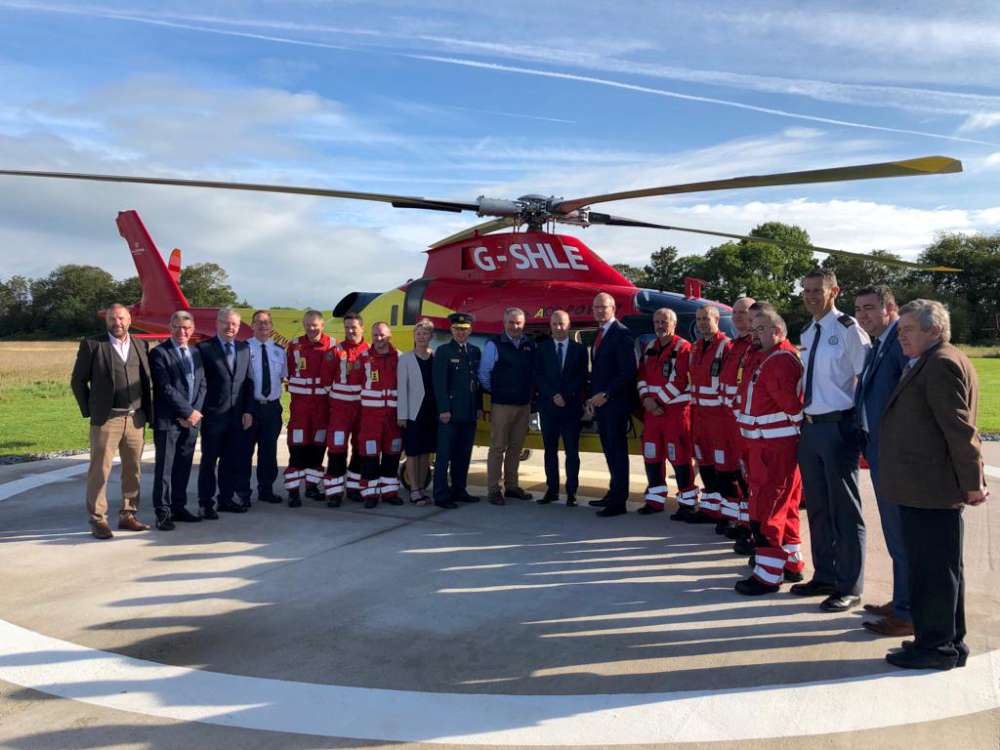 The Rathcool Aerodrome, here in Millstreet is full this morning. @simoncoveney is launching The Helicopter Emergency Medical Service (HEMS) which went live a month ago. @RedFMNews @CorksRedFM pic.twitter.com/z5dAY1ocyV

In Millstreet this morning for the launch of Ireland’s first Charity Air Ambulance, The Helicopter Emergency Medical Service (HEMS). It has already delivered 56 missions in its first month of service. It’s being launched this morning by @simoncoveney More @RedFMNews @CorksRedFM pic.twitter.com/27ptkIY6H7

We have liftoff! Ireland’s first community-led air ambulance service has been inaugurated in North #Cork. In its first month of operation, the service brought patients with heart conditions, head injuries and other serious trauma to hospital from remote locations. @rtenews pic.twitter.com/oeHyupHQ4H

At the official launch of ⁦@ICRROfficial⁩ air ambulance at its base in #Millstreet #Cork. It’s been tasked 56 times in its first 30 days of service pic.twitter.com/pOHGiZjotN

Listen to the to RTÉ Radio One’s  piece on Morning Ireland about the Air Ambulance this morning, including an interview with womeone who it has helped already, and in interview with the founder John Kearney: [HERE]

The badly needed new @ICRROfficial Air Ambulance taking off from a field in Kinsale. Responding to traffic accident where no-one was seriously hurt. pic.twitter.com/ttSvJgCpsf

The Irish Community Air Ambulance, which will serve the Munster region, is ready to go – all it needs now is the go-ahead from health minister @SimonHarrisTD. CEO John Kearney is appealing to the minister to grant approval before the end of the year @MurphyOMahonyTD pic.twitter.com/ZqNdIWsV4I