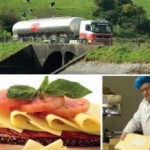 Dairygold’s new milk supply agreement has divided opinion among the co-op’s members, with many having signed up, but many more unhappy or seeking clarity on the seven-year contract.
At least one young farmer who attended the meeting, hosted by ICMSA in Millstreet on Tuesday evening, could see the positive side of planning for post-quota expansion.
“I can understand why people have a problem with signing up for a seven-year contract. The older farmers may have their doubts about being stuck in a contract for seven years, but I don’t have any huge issue with the contract.
“Younger farmers who are in the 30+ age bracket may see themselves as being around in farming for much longer than … read the full article in the Irish Examiner

Another article in today’s Examiner Farming Supplement on the same topic: Dairygold Must Address Issues