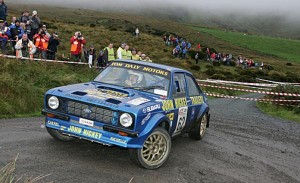 2004 was the last time that the ‘Cork 20’ rally was at Moll Carthy’s, though it has been in other roads around Kilcorney since.