Once again, Millstreet Town has the highest percentage  of Polish people in the country, as it was for the 2006 census, but had moved to 5th for the 2011 census. The census says that 259 Polish nationals were living here, making up 17% of the population.

The below details are from the Central Statistics Office:

The population of Millstreet in county Cork was 17 per cent Polish, making it the town with the highest proportion of Polish nationals. 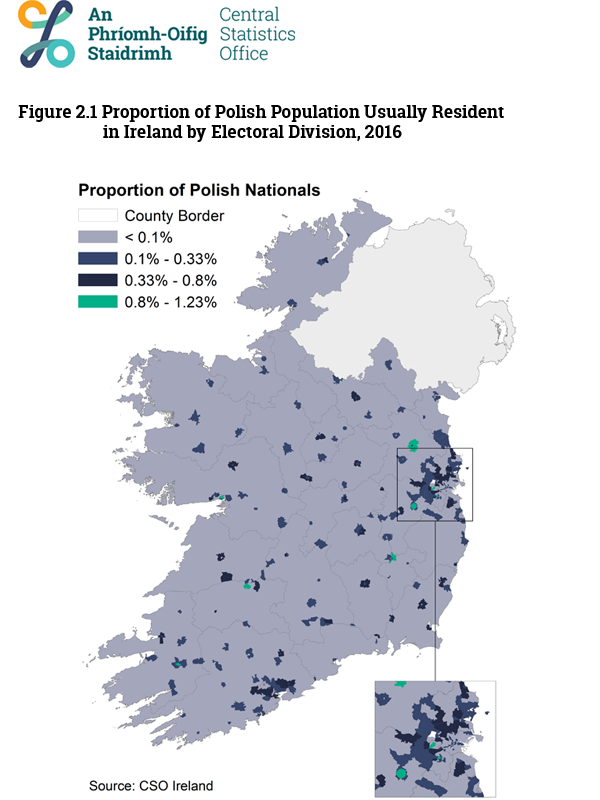 A report published in 2007 listed Millstreet as having the highest percentage of Polish nationals (14.17%)  in the community in all of Ireland. Since the recession has visited us, I know that quite a few of the Poles have returned to their homeland, but then a lot of our own younger generation have left or are going to leave for distant shores in search of work also, so it’s hard to say what the percentage is nowadays. Anyway, the short article can be read below:
END_OF_DOCUMENT_TOKEN_TO_BE_REPLACED

Loads of more photos from the Polish Mass in Drishane (23-Aug-09) can be seen in on the Polish Chaplaincy of Kerry magazine which is online: Gallery 1, Gallery 2, and Gallery 3

Polish mass is celebrated at 6pm on the second Saturday of each month in St Patricks Church. Fr Marceli Gesla is the Polish priest for the Kerry Diocese and is based in the Franciscan Friary in Killarney. 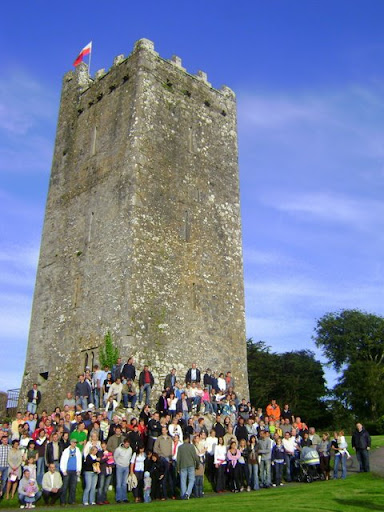 23/Aug/2009: Group of Polish people who participated in a special mass at the Chapel in Drishane. Pictured outside the Castle are some of those that attended.

Pictures above and below by Piotr Słotwiński