The RTÉ Archives have recently added a new video titled “Industry in Millstreet 1987“. It was a dark time for the town after Apple Computers had left Millstreet in 1985, leaving us with high unemployment, and the Community Council were trying to encourage businesses back into Millstreet. There are interviews with the late Ken Brennan and Sgt. Seán O’Sullivan, as well as clips from around town. Click here to watch the video. Also below are some images from the video, with lots of locals recognisable: 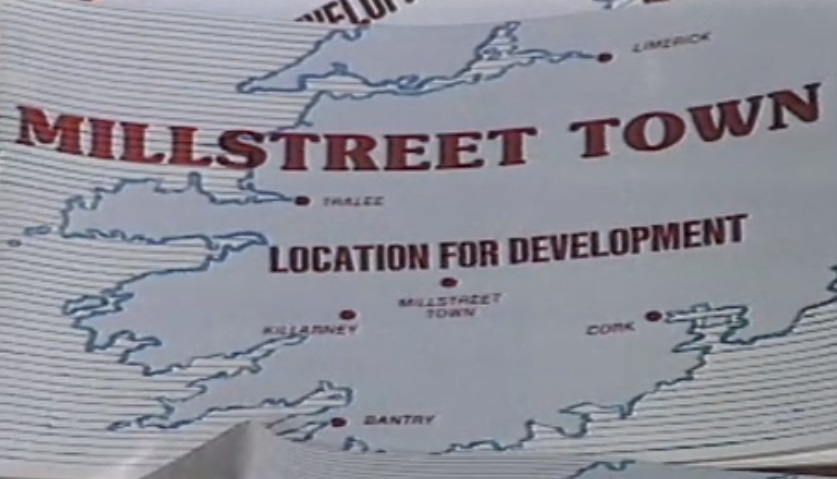 END_OF_DOCUMENT_TOKEN_TO_BE_REPLACED

An invite is extended to all Molex people for a get together night,
organised for November 3rd in the Bush Bar from 7.30pm onwards. Please come if you can for chat and reminiscing on the good old days!!  We thank Christine Doyle for the notice.  (S.R.) 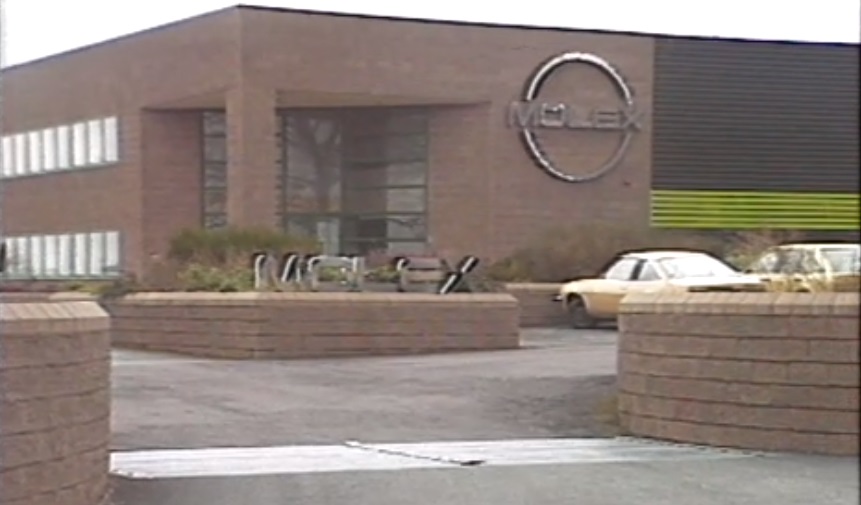 The Molex plant in Millstreet in 1987 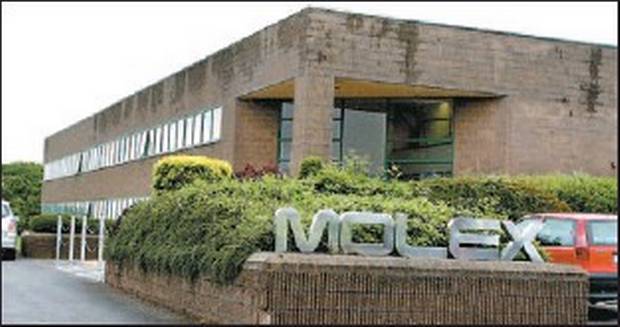 Closure of the Molex Plant in 2008

US firm Molex to lay off 80 workers at Cork factory – A US electronics firm has announced plans to lay off 80 workers in Co Cork as part of a restructuring of its Irish operations.
Molex, which manufactures electrical connection systems, says its Millstreet factory will be shut down and all operations will be centralised at the company’s other facility in Shannon, Co Clare.
The move was announced during meetings with staff at both plants this morning. Molex, has been operating in Millstreet since 1985 and in Shannon since 1971. (June 2007)

260 jobs blow for Cork, Carlow – … It also emerged today that the jobs of 120 workers at the Molex plant in Millstreet in Co. Cork are under threat following a decision by the company to consolidate its Irish operations at its Shannon plant.
The electronic components manufacturer, which has been in Millstreet for over twenty years, employs 600 workers  at its plants in Shannon and Cork.
The company plans to consolidate its Irish operations at the Shannon plant where over 400 people are employed, and to close down the operation in Co. Cork where 120 are employed.
Meetings with workers at both plants are taking place today about the future of the company amid fears there could be job cuts…

Molex moves to global approach to improve efficiency (7/Nov2007)… In April Molex said said that a charge related to head-count reductions, realignment of manufacturing capacity and plant closures will be $100 to $125 million. Brock confirmed that this includes the closure of one of its two Irish manufacturing sites with equipment being moved from the Millstreet facility in Cork to its larger plant in Shannon.
Brock said the closure involves around 85 people leaving the company and a few transferring to Shannon where a expansion costing between up to 3 million (about $4million) should be completed in the next couple of months. The Shannon facility currently employs around 450 and is one of 54 manufacturing facilities in 18 countries. Molex also has 27 development centers in 14 countries….

Molex announced the closure of its plant in Shannon in 2019