We beat UCC 4-1 in the park this morning to register our second league win in a row. We started well and had a chance in the 1st min when Paul Dawson played in Barry Lawlor who shot just wide. We kept the pressure up and got the opener after 10 mins. Lawlor swung in a corner which was met by Tadhg Collins. His header was blocked on the line but Dawson was waiting to slot home the rebound. Just 5 mins later we were two ahead. Good work on the wing from Brian Murphy saw the ball fed inside the box to Michael Murphy who cut back and curled a great shot to the far corner. We had more chances but it was UCC who got the next goal after a scramble in the box. The second half was END_OF_DOCUMENT_TOKEN_TO_BE_REPLACED 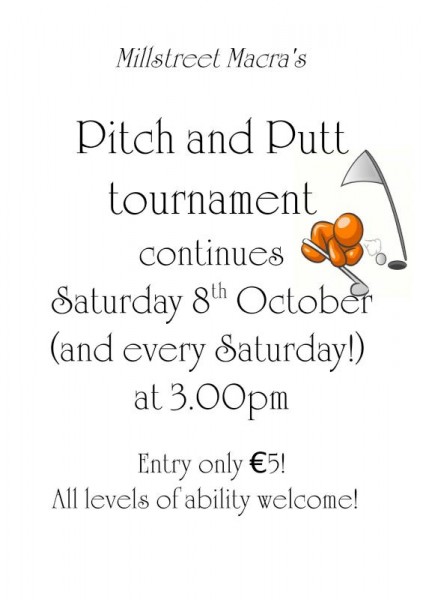 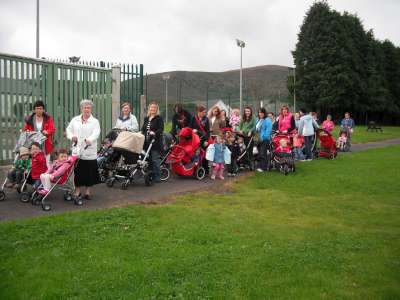 everyone who took part in a buggy push

All proceeds going to the neo-natal clinic in C.U.H.

END_OF_DOCUMENT_TOKEN_TO_BE_REPLACED 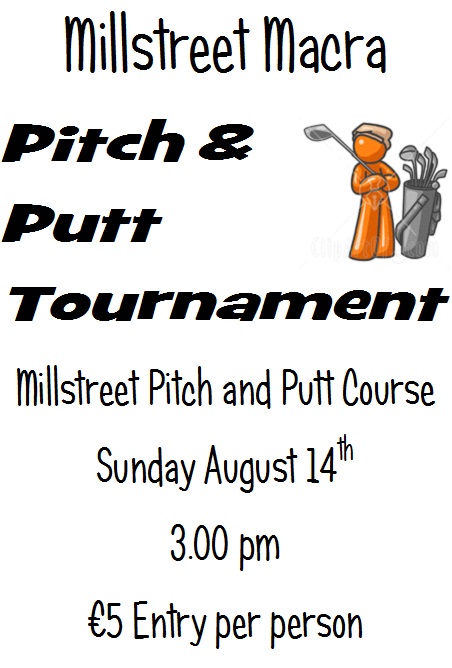 Children from the various Primary Schools took part in the Annual School Sports today.   Great credit is due to the children, teachers and organisers who braved a few heavy showers of rain during the event but who END_OF_DOCUMENT_TOKEN_TO_BE_REPLACED

Congratulations to Millstreet Celtic who today are Champions of Cork AUL Division 2A after drawing with title challengers Crescent in The Town Park, Millstreet, in a tense and exciting game in front of an good crowd who cheered on the Millstreet team to title honours.

Match Report by Tim Kiely: We drew 3-3 with Crescent in the park this morning to secure the 2A title. Playing with a stiff breeze in the 1st half we were slow to get going and were punished after just 8 mins. A through ball caught out our defence and the Crescent striker finished well. We responded to this setback in excellent fashion and got back level just 10 mins later. Strong work from Tadhg Collins on the right saw him get to the end line and pull the ball back to the edge of the six yard box where it was met by the onrushing Chris Cleary. We were the stronger team after this and went close a couple of times through Collins and Mike Murphy before taking the lead in the 30th min. Collins won a breaking ball on the edge of the box and played it out left to Barry Lawlor. END_OF_DOCUMENT_TOKEN_TO_BE_REPLACED

They must be into drinking lunatic juice or smoking wizzy weed
The Millstreet Town Park vandals are head cases indeed
Perhaps venting their frustration on society
But their vandalizing of a beautiful timber fence does seem all wrong to me
.
The praises of such people none ever do sing
Any honour to their towns their type never do bring
END_OF_DOCUMENT_TOKEN_TO_BE_REPLACED

Renowned Cork footballer, Donncha O’Connor was at Millstreet Town Park this evening (29th July) to conduct a very comprehensive training session with Millstreet GAA Juvenile Club members – the Under-14s and the Under-16s.   We were also introduced to the new addition to the local Juvenile Kit – the “Under Armour Skin” – clothing which keeps sportspeople cool in the Summer and warm in the Winter.   Many thanks to Michael for alerting us to this Town Park happening.  (Seán)

Following on Hannelie’s recent uplifting feature on Millstreet Town Park we are preparing a series of pictures illustrating the magnificent amenity it truly is and we also focus on the dedicated team who continually maintain and develop the superb gem we have in Millstreet Town.   Here we focus on the excellent work of FÁS who on this very Monday morning added a further flower-bed feature further enhancing this hugely popular location. (Seán)