The video above is an interview with three people below – Maurice Riordan, Tadhg O’Flynn, and Maura O’Sullivan.  The 7min. 46 sec. video may now be viewed by clicking on the link.  Already some 36 people have viewed the video interview – less than 24 hours since it was uploaded!

There’s lots of more photos and info on teamdaveriordan.ie, and on the Team Dave Riordan Facebook Page 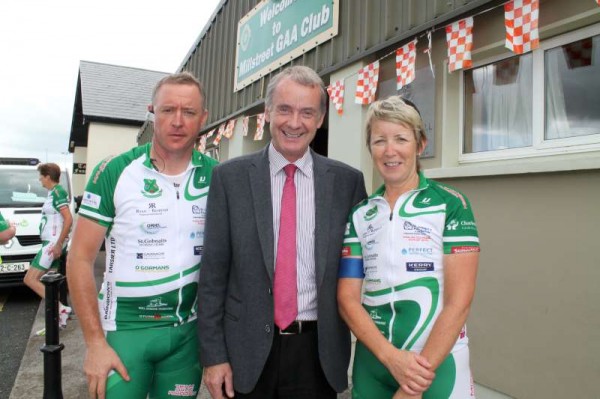 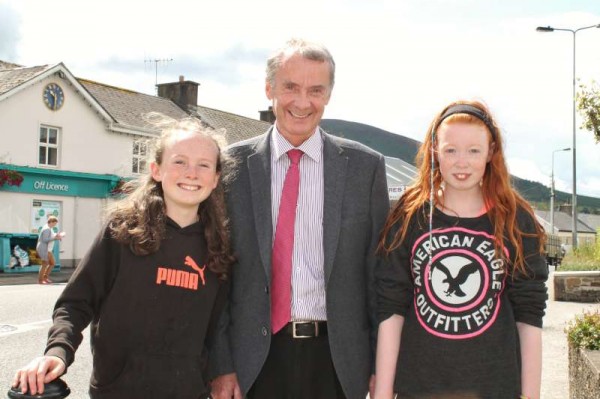 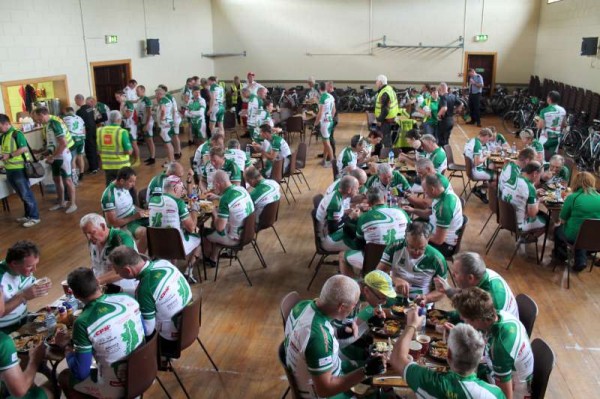 Maurice Riordan (pictured on left of Tadhg in second image) addressed the assembly of over 100 people in praise of Tadhg’s greatly appreciated sponsorship of the Millstreet meal.  Let us now share some 92 more pictures of the Millstreet event and later we shall share Kevin O’Connor’s very professional coverage of day five of the amazing Charity Cycle.  We thank Kevin for END_OF_DOCUMENT_TOKEN_TO_BE_REPLACED

From the 9th-19th July ’14 Danjoe Spillane of Ballinagree, John McMahon of Kilbehenny, and Pat Fleming of Sliverue Co Kilkenny, are travelling from Malin to Mizen head by horse and carriage to raise much needed funds for breakthrough cancer research. Today (Thursday July 17th) they are due to arrive in Millstreet, after starting the day in Castleisland. If you’re around give them a big welcome and show your support for a great cause.
“If anyone is around tomorrow evening (Thursday) we will be having a well deserved drink in Pomeroys Bar in Millstreet Co Cork. All welcome.” END_OF_DOCUMENT_TOKEN_TO_BE_REPLACED 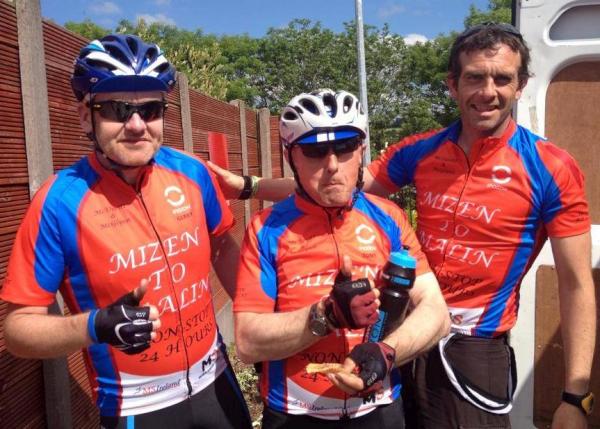 In support of the ‘Multiple Sclerosis Society’, Aidan, Gerry and Tony are currently taking on the challenge of cycling from Mizen Head to Malin Head, non-stop in 24 hours.  They stopped in Millstreet this evening for some well deserved refreshments. Check out their progress on their Facebook Page 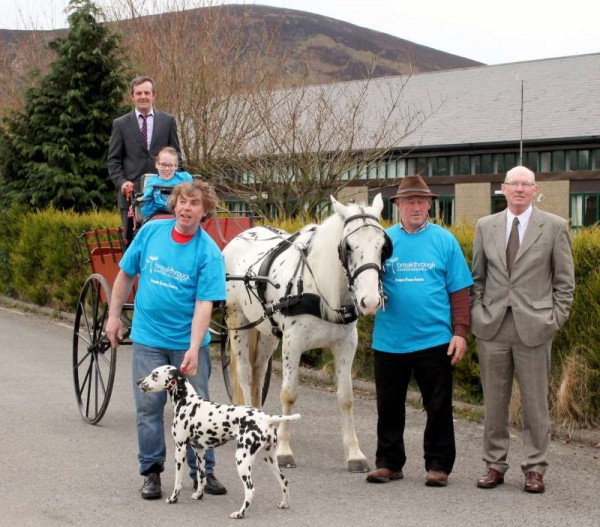 A marvellous Dalmation Dog will be following the horse carriage.   On Sunday we noted how similar in colouring were the very patient horse and the dog!   Here we view some further images from the official launch.   The fundraising is of course in aid of Cancer Research and all funds will be directed to the Cork Centre where such excellent research work is being carried out.   Aghinagh Macra na Feirme will be lending very valuable support during the Drive which takes place from 9th to 19th July 2014.  We recorded the launch event for LTV2 which will be broadcast soon and will give people an opportunity to hear the splendid addresses shared by such coordinators for Breakthrough Cancer Research as Orla Dolan, BSc MBS.   More information will follow closer to the END_OF_DOCUMENT_TOKEN_TO_BE_REPLACED

The various tractors and jeeps as well as the motor bike were all given special names and they had their own fuel supply and a very dedicated Safety Officer.   Members of the group are related to the Pomeroy Family and Philip Pomeroy himself was a member of the inspiring Team who undertake this amazing project annually in aid of END_OF_DOCUMENT_TOKEN_TO_BE_REPLACED

We thank Margaret Crean for alerting us to James as he arrived in Millstreet this evening.   He is undertaking this amazing walk in aid of Childline.  James was presented with the “Millstreet Passport” at the Wallis Arms where END_OF_DOCUMENT_TOKEN_TO_BE_REPLACED