END_OF_DOCUMENT_TOKEN_TO_BE_REPLACED

All the slideshows that were shown on the big screens at the Eurovision 20th anniversary celebrations in the Green Glens last weekend, the forthcoming Sheep Shearing Championships this weekend, as well as the usual Regional Report, Music and studio discussion

The video above shows Niamh Kavanagh last night performing her winning Eurovision song ‘In Your Eyes’ at the Green Glens Arena – the very place she won twenty years ago, at the twentieth anniversary celebrations of the Eurovision in Millstreet (18th May 2013). Niamh was the special guest at the party which was attended by about four hundred guests. Seán will surely have photos and video on the site in the next few days – video by Joseph Lawlor

This morning, Jerry Pat O’Leary (O’Leary’s Butchers in the Square) was talking to Ryan Tubridy on his 2FM show this morning about the Eurovision 1993, the memories and what’s happening this week. Click on the audio player above to listen to the interview. END_OF_DOCUMENT_TOKEN_TO_BE_REPLACED

Yesterday May 15th was the 20th anniversary of the Eurovision in Millstreet, we should have put it up yesterday, but anyhow below is the video full Eurovision 1993 as broadcast be the BBC. 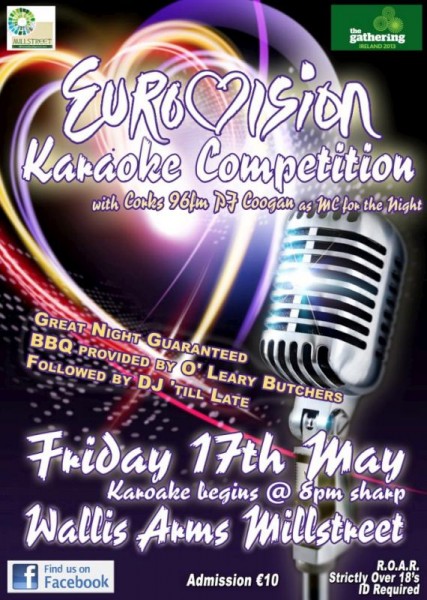 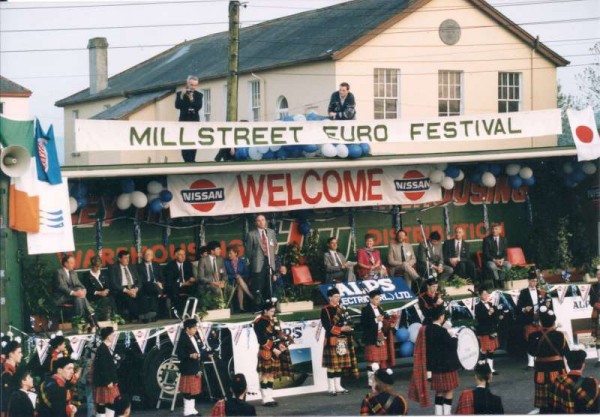 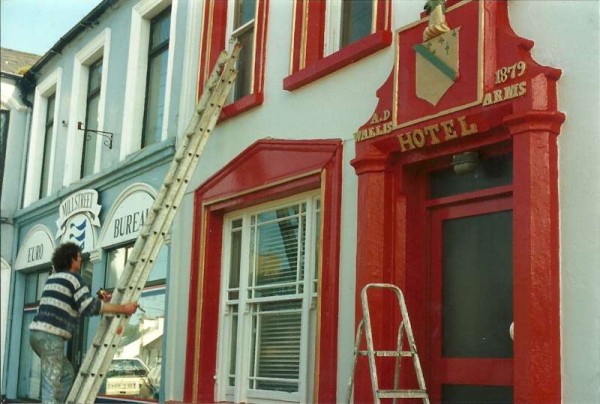 Here we share images of the impressive work as it began and continued through the night.   Brendan Murphy and I also recorded END_OF_DOCUMENT_TOKEN_TO_BE_REPLACED

Click the audio player above to listen to Noel C.Duggan reminiscing on the Eurovision Song Contest which was held in his “cowshed” in Millstreet 19 years ago (1993). It’s from an interview with Damien O’Reilly on the CountryWide Programme on RTÉ Radio 1, this morning Saturday 26th May 2012. (6mins 25secs long)
The 2012 Eurovision is on tonight at 8pm on RTE TV.

Matthew Murphy’s Eurovision Wall in Minor Row has been one of Millstreet’s most photographed features.   It has lasted so very well over the past 19 years and now with the new very colourful and attractive panels put in place its future is further guaranteed.    The flags are arranged in END_OF_DOCUMENT_TOKEN_TO_BE_REPLACED

It’s that time of year again, and with the Eurovision on tonight at 8pm from Dusseldorf, Millstreet is getting a mention on the internet as one of the past hosts of the Song Contest. It’s even called a city in a few spots 😉

MSN Entertainment have a nice presentation of former cities, and it’s then Millsteet is mentioned in the same breath as other major European cities:

it makes you think. END_OF_DOCUMENT_TOKEN_TO_BE_REPLACED

“Crystal Swing” are scheduled to appear on tonight’s “Late Late Show” on RTÉ1 television while on tomorrow (Saturday) night at 9.00 on Sky Channel 4More there is another opportunity to view the excellent Australian documentary entitled “The Secret History of the Eurovision” which contains significant footage of Millstreet re the 1993 Eurovision. 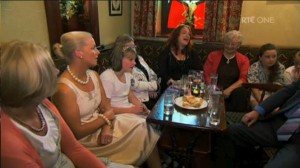 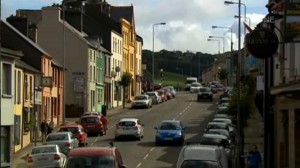 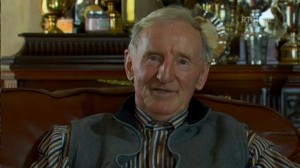 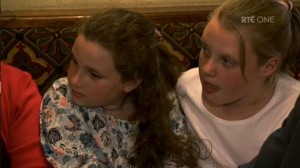 Last September (2010) and Australian Film crew rolled into Millstreet, to shoot part of a documentary on the history of the Eurovision Song Contest (held in Millstreet 2011). They received a great welcome from the locals as normal, and had a great few days here. The documentary is called The Secret History of Eurovision Song Contest was aired yesterday (Monday 2nd May) on RTE1. If you missed it, you can still see it for the next few weeks  on the RTE website. Above are a few screen grabs from the programme, and there are more below. END_OF_DOCUMENT_TOKEN_TO_BE_REPLACED

Entitled “The Secret History of the Eurovision” this major documentary, part of which was filmed here in Millstreet in September 2010 when Niamh Kavanagh and the Duggan Family participated in comprehensive interviews, will be broadcast on RTÉ1 television on this Monday  from 10.30 p.m until 12.15 a.m..

Niamh Kavanagh, Eurovision 1993 Winner, visited Millstreet in September 2010 to participate in a major Australian Television Documentary entitled “The Secret History of the Eurovision Song Contest” which is scheduled to be broadcast before Eurovision 2011 which occurs on 15th May (the exact date on which the Millstreet Eurovision took place in 1993).   During her brief visit – she stayed at END_OF_DOCUMENT_TOKEN_TO_BE_REPLACED

Niamh Kavanagh who won the Eurovision Song Contest in Millstreet way back in 1993 is representing Ireland again this year in Oslo (Norway). The second semi-final is on tonight and Niamh and Co. will be doing their piece. You can’t vote for her if you’re in Ireland, but be sure to cheer them on. It starts at 8pm tonight on RTE2. Below is a video of her from the dress rehearsals in Oslo last night.

update 27th May: They’re in the final on Saturday night 🙂 Video from the semi final is below:

END_OF_DOCUMENT_TOKEN_TO_BE_REPLACED

Musician Awards
We thank Danny O’Neill, Cork whose mother is Mary, daughter of Rosie Kelleher, Murphy’s Terrace, Millstreet, for the following uplifting information regarding the impressive success of two local very talented musicians (whose photographs appear on millstreet.ie). Here is Danny’s very fine article:
Recently I was at a concert in UCC where Kenneth Cremin, son of Breda and Denis from the Priest Cross Millstreet and Cáit Buckley with connections to Aubane both received the 2010 “Doc Gleeson” award for Musical Achievement at a special concert held at the Aula Maxima, Main Campus in UCC. Kenneth played a piece of Classical music by Steve Reich on the electric guitar while Cáit Buckley played a collection of music on the harp. END_OF_DOCUMENT_TOKEN_TO_BE_REPLACED

In an interview with ESC Ireland, Niamh Kavanagh has a few words about her times here in Millstreet in 1993 when she won the Eurovision here.

It’s a shame I can’t say that Millstreet was the deciding factor, but it’s safe to say that I fitted in there no worries and it certainly gave me an experience that has never been nor likely to be repeated!

There is more on Millstreet, and she also talks about the upcoming Eurovision in Oslo.

Read the full article on escireland.com