This week’s edition of ‘Where the road takes me’, brings us to Gurranabraher, on the Northside of Cork City.

Accompamied by family and friends, John Greene pays tribute to John O’Shea, who was affectionately known as ‘The Singing Fireman’.

John who spent the first five years of his life in Ballymacthomas close to the Bells of Shandon, later moved to what was known as ‘The Red City’ in Gurranabraher.  He passed away in February of last year at the age of eighty five.

Working initially  as a farm hand for the famous Fr. O’Flynn, or ‘Flynnie’ as he was known as,  John later pursued a full time career as a fireman.

But it was his work on stage as a singer and story-teller, that brought him notoriety all over the City and County.

On Friday, 5th Oct. 2018 at Cork’s School of Music, Union Quay the official launch of the Adrivale Painters Exhibition took place in the presence of many Artists, the Deputy Lord Mayor of Cork, Family and Friends including a visiting Bishop, famous Sports People and a gifted pianist from Ardmore, Co. Waterford.   The official launch was performed by the Deputy Lord Mayor while the keynote address was superbly delivered by Seán O’Riordan (formerly of Drishane Road, Millstreet) in which he very especially praised the Art Teacher Supreme – Neil Kelleher of “Adrivale”, South Douglas Road, Cork. We very much recommend a visit to the excellent Exhibition before it ends in the School of Music at the end of this week.  Below we share the first of a number of images recalling the most enjoyable launch which actually coincided with a wonderful Concert in the same building that night celebrating the Cork Folk Festival 2018.  Click on the image to enlarge.  (S.R.) 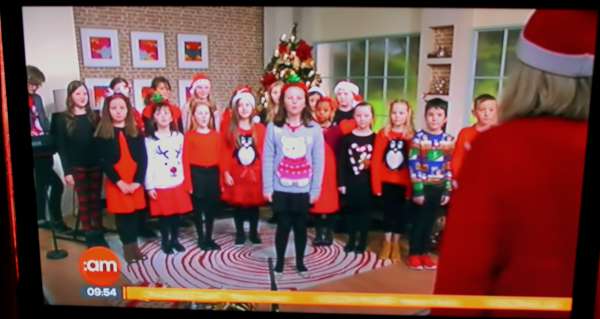 Margaret Kelleher of Minor Row who is the Grandmother of Caryn and Sophie can be justly proud of such a magnificent performance on national television….We congratulate all involved in such a superbly uplifting presentation.  We continue to share some further images from the END_OF_DOCUMENT_TOKEN_TO_BE_REPLACED

note: times given are the finish time and the half-way time.

There were probably others which i haven’t identified, and others too who never made it to the finish line. Congrats to all regardless on the huge effort.