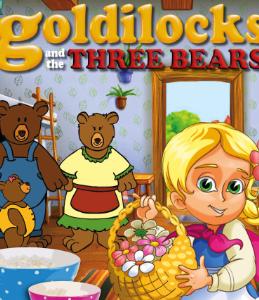 Goldilocks and the Three Bears (Sing-Along)

26th May at 11.00am at the Briery Gap – Under the direction of Dr.Jennifer Bill, the Boston University Concert Band is a large concert ensemble comprised of approximately 50 members from a multitude of majors throughout the university.

In addition to performing two formal concerts each … read the full article on BrieryGap.ie

Celebrating 55 years on the road, Johnny Carroll returns to Briery Gap Theatre, Macroom on Friday, 22nd May. The Man with the Golden Trumpet will be joined by the legendary ‘Say You Love Me’ singer and musician, Dessie O’Halloran for what promises to be a wonderful evening of all the golden oldies! Tickets €15 (concession €12 for groups) available from Briery Gap Box Office on 026-41793.

Patrick O’Sullivan and Special Guest Patrick Feeney will be live at Briery Gap, Macroom for a Valentines Day Special! Why not treat that loved one to a special gift.

Patrick O’Sullivan is an Irish Country Music singer, musician and songwriter originally from Dunmanway Co.Cork. Patrick shot to fame after winning TG4’s talent show ‘Glor Tire’ in 2009 and has had great success ever since! Briery Gap is delighted to welcome Patrick back to Macroom for what is sure to be another fantastic show. Tickets on sale now!

Brian Kennedy will be live for one night only at Briery Gap, Macroom.

His amazing voice is one that needs to be heard live to truly appreciate his pitch perfect vocals!

“Snow White and the Seven Dwarfs”

Briery Gap is delighted to present its Christmas Pantomime, for the very first “Snow White and the Seven Dwarfs” will be performed by an all local cast & crew!

A very talented cook, presenter and singer! Donal returns to Briery Gap to showcase some of his world famous recipes and ideas!
Please contact Box Office on 026-41793 for bookings.

A talented musician, Liam brings his high energy performance to Briery Gap for one night only! [see liamoconnormusic.com]

Briery Gap Theatre Group present Unforgiven. A real circus play, “Unforgiven” is a laugh a minute exposition of Irish rural life, where nothing is ever as it seems. PJ awaits the death of his father so that he can marry his neighbour Mary and live happy ever after. His brother Seamie holds a watching brief while Mary seems unaware of PJ’s plans for her. When the father dies, another brother arrives home from America and a colony of cats land amongst the pigeons in this uproarious comedy.

This sell out show only has 3 performances left!

Don’t miss the popular “The Sound of Music” @ Briery Gap