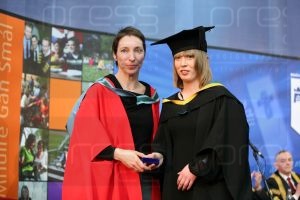 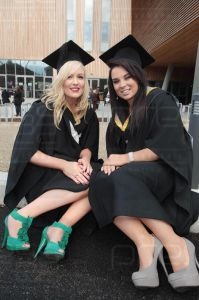 Pictured at the Mary Immaculate Graduations in Limerick City this week were: 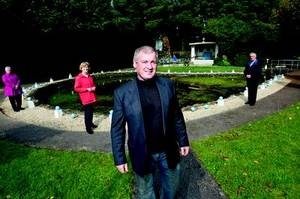 Around the well there are rosary beads, and then there’s a crucifix at the end of that. So people come down and they do the rounds. The usual thing is to go around three times. There are people down there, I am not joking you, every hour of every day. The month of May being the month of Mary, that’s when people go there in their droves. And I mean at any one time on a Sunday afternoon, there could be 300 people, 400 people there. You might think maybe it was only the elderly people that go there, and sure enough they do go there. But there are younger people as well. I see a lot of people in their 20s. END_OF_DOCUMENT_TOKEN_TO_BE_REPLACED 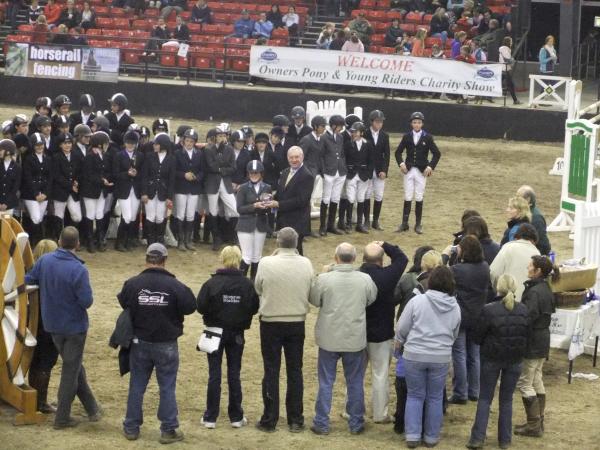 The Sunday Parade as well as the Prize Giving at the annual Owners Pony & Young Riders Charity Show is always so very colourful and is hugely popular with the audience.    As I walked down to be in time at Green Glens I noted a “deer” in the grounds of Millstreet Community School!   Not a real live deer but rather a superb sculpture apparently recently been placed on the grass setting at the entrance of the school.   Arriving at Green Glens I was just in time to END_OF_DOCUMENT_TOKEN_TO_BE_REPLACED

Below are pictures of Mikey Webb from Cloghoulabeg, Millstreet, who went with his mother Dolores Webb to New York, after she won the trip on the 8th October on the Big Money Gameshow.

Click the photos for larger photos. Read more on their trip in an article from last week. With thanks to Delia for the photos.

It’s quite amazing how we’ve have had two people from New Zealand tracing Millstreet roots over the past few days – Fr. Bernard Dennehy on Tuesday and now Julie on Thursday.   Incidentally, our very good Friend,  Denis Murphy of Cahirdowney, Millstreet,  successfully carried out research as to

END_OF_DOCUMENT_TOKEN_TO_BE_REPLACED 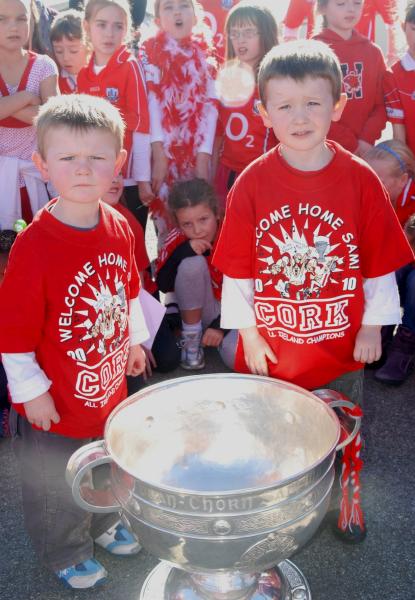 Their dad John is one of Corks greatest supports and he was the winner of 2 tickets for the All Ireland in a draw run by The Corkman newspaper.

“… There was a time in the first half when I thought Cork were going to annihilate us; beat us by a cricket score. They were all over us; three men to the ball and Dinny Long rampant. He did more than anyone to break Galway’s back. Unchallenged, he raced through on solo-runs, often leaving yards between him and his bewildered and less fit opponents. Then when Galway started to rally Frank Cogan literally put Morgan Hughes in his pocket while Con Hartnett and Brian Murphy cleared ball after ball with ease and skill, John Coleman effectively barred Liam Sammon’s path to goal and after an early flourish Tom Naughton’s threat began to wane …” Read below for the full article END_OF_DOCUMENT_TOKEN_TO_BE_REPLACED

The Examiner reported on the lucky ‘National Lottery’s Big Money Gameshow’ winners who were whisked away for a six day luxury trip to New York. Among them were Dolores and Michael Webb from Millstreet:

“… Mother- of-three Dolores Webb, 41, from Millstreet, Co Cork, decided shopping was out during her Big Money Gameshow’s six-day trip to the Big Apple. “All I wanted to do was to meet my cousin Anthony Sweeney, who I have never seen but it didn’t work out. He never turned up but his brother John, who I had met 15 years ago in Ireland, did meet me in Times Square.  END_OF_DOCUMENT_TOKEN_TO_BE_REPLACED

Cork footballers won the Sam Maguire in 1973 and, three years later, Tralee’s Austin Stacks won the All-Ireland club championship. Dinny Long played on both of those teams and recalls that time with great pride.

“I was playing for Cork for years but moved clubs from Millstreet to Austin Stacks in the middle of my playing days. I was privileged to be part of those two teams, winning that senior All-Ireland was special but so was winning the club. It was a great time in my life.”

But Long was no stranger to success. Prior to winning a senior title, he had accumulated All-Ireland minor and U21 winner’s medals. Playing in Croke Park was a childhood dream for Long and one that he was determined to make a reality. END_OF_DOCUMENT_TOKEN_TO_BE_REPLACED

From Irish Vintage Scene magazine: – “One of our tractor features this month brings us to Millstreet, Co. Cork to visit father-and-son team John and Dan Barry, who have spent the last twenty years building up a fantastic collection of classic tractors, cars, horse-drawn implements and house-hold items from times past. It’s always a tough task to do justice to such a large collection in … “

There was a wonderfully enthusiastic gathering of people present for Thursday’s official launching of “Silent Voices” (a collection of poems written by asylum seekers living in Drishane) and “Speaking Faces” (Paintings by Kordula Packard – based in Sherkin Island).   It took place at the premises of O’Driscoll Travel in the Square, Millstreet.   Among the speakers were END_OF_DOCUMENT_TOKEN_TO_BE_REPLACED 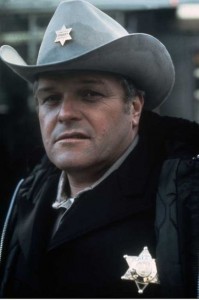 Irish American stage and screen giant Brian Dennehy is set to be honored with the 2010 Eugene O’Neill Lifetime Achievement Award by the Irish American Writers and Artists (IAW&A) association. He will receive the award at a special ceremony to be held at The Manhattan Club (upstairs at Rosie O’Grady’s, 800 7th Ave. at W. 52nd St.) on Monday October 18th.

Dennehy, whose grandfather hailed from Millstreet, Co. Cork, will be forever associated with Sheriff Will Teasle in 1982’s Rambo: First Blood, but has excelled in many more feature films including Gorky Park, Cocoon, Legal Eagles, Presumed Innocent, Tommy Boy, Baz Luhrman’s Romeo and Juliet and Peter Greenaway’s The Belly of an Architect, for which he received the Chicago Film Festival Award for Best Actor.

He has been nominated for Emmy Awards six times for his television movie roles, including for his performance as John Wayne Gacy in To Catch a Killer (1992) and for Our Fathers (2005), which focused on END_OF_DOCUMENT_TOKEN_TO_BE_REPLACED

Sam’s Tour continued today (Tuesday) with Donncha O’Connor (Ballydesmond) and Paul O’Flynn (Ballyclough) starting off in Meelin this morning.   Arriving in Millstreet just after midday it was firstly to Presentation N.S. for a very colourful and enthusiastic reception.    Superbly colourful welcomes were accorded in various settings.   It was then on to END_OF_DOCUMENT_TOKEN_TO_BE_REPLACED

God only knows when the next General Election may happen, but the papers are saying that Áine Collins will be on the voting card for FG in the next election and looks like getting in at the expense of FF:

“Newmarket-based Gerard Murphy, who contested the 2007 election for Fine Gael in the north of the constituency, has already withdrawn his name from the race. Áine Collins, who runs a financial services company in Millstreet, is the front-runner to win the party’s nomination for a candidate in the north of the constituency. A Fine Gael insider said that she would offer voters a fresh perspective.” – Evening Echo

“With just under 50 per cent of the vote, the FG team of Michael Creed and Áine Collins are sure of two seats.” – Irish Independent 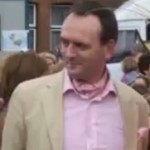 THREE Kerry men have started training to become deacons in the Catholic Church. A programme for a permanent diaconate in the Kerry Diocese was announced a year ago, following approval from Rome for its introduction in Ireland. Three applicants – Conor Bradley, Milltown, Raymond Gilbourne, Millstreet, and Jean Yves Letanneur, Sneem – have now begun a first-year programme at the Dominican Ennismore Conference Centre, in Cork.

In sports perhaps Derrygallon’s Pat O Callaghan was Duhallow and Ireland’s best
The champion of champions when he was put to the test
The dual Olympic Gold Medallist and World Record Holder his legend lives on
Though for many Seasons the life from him has gone.
.
But so many great sports people in and near Millstreet Town
Who on their own right can lay claim to renown
In Gaelic Football alone so many one could name
Who in their chosen sport did scale the heights of fame. END_OF_DOCUMENT_TOKEN_TO_BE_REPLACED

Unmarried in her early twenties without children a teacher in a primary school
Tall, beautiful and charming, down to earth and kindhearted the Rose of Warrnambool
With eyes as blue as ripened sloes and shoulder length hair of chestnut brown
Her mum an Aussie from nearby Dennington her dad from distant Millstreet Town.
.
Though ’tis a place she vows to visit in a not too distant day
She has never been to her dad’s Hometown in Duhallow faraway END_OF_DOCUMENT_TOKEN_TO_BE_REPLACED

On Sept. 30th 1897 St. Therese of Lisieux died at the age of 24.   She had become known worldwide as “The Little Flower”.   Last year Mass was celebrated on that date in Drishane Church and likewise this year of 2010.   The Celebrant tonight (30th Sept. 2010) was Fr. John Fitzgerald, P.P., Millstreet.   Exquisite music and END_OF_DOCUMENT_TOKEN_TO_BE_REPLACED

Amongst the wise women in the book is our own Eily Buckley (who does the Regional Report every week). Here is a a short extract from her conversation with Ann-Marie in the book: 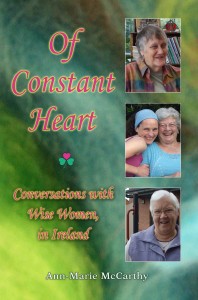 I’ll tell you… one beautiful day, I can still feel the warm sun on my face, Dan and myself were coming away down the road, linking arms after putting the cows away. We met a school bus going up the byroad. The inspector stopped and asked us something about route or roads or something. As it sailed away down the road from us, Dan said, “That is something you could do. You could drive a bus.”  I said, “I could never do that.” “You could,” he said. “You have plenty of experience driving the tractor around the land and driving the car and all the rest of it.”  So, I applied for the job and got it. I trained for three or four weeks then took my test and passed it. I was driving a bus the following Monday morning. That opened another big life for me. But that was Dan the whole time … <read the full extract>

At the book-launch this coming Saturday Eily will host a conversational workshop from 2:00-3:45pm with topics that will be finalised with the participants on the day. Later at 4pm she will be in a Wisdom Council that will discuss passing wisdom to future generations. END_OF_DOCUMENT_TOKEN_TO_BE_REPLACED

Tadgh Moynihan’s life ended in Australia in a tragic way
And back home in Millstreet his last remains lay
Perhaps in his fifties luck not on his side
In an accident it has been reported he died.
.
As a young man for Ballydaly his home club gaelic football he played
And all around Duhallow many friendships he forged and made
His family and friends for him left to shoulder grief’s cross
His friendship to those who knew and loved him an irreplaceable loss.
END_OF_DOCUMENT_TOKEN_TO_BE_REPLACED