Annmarie O’Riordan was singing her way around Boston, New York and Massachusettes a week ago in the run up to St.Patricks Day. Below are nine videos taken in Philadelphia and posted on youTube:

Above: Annmarie sings at the March 4, 2010, pre-St. Patrick’s Day Parade party at CBS3 in Philadelphia.

Above: “The unbelievable voice of the 20 year old Annmarie O’Riordan sings the song Grace, about the 1916 Easter Rising, accompanied by Pat Kildea on keyboard, Paraic Keane on fiddle and Fintan Malone. At the Irish Center, Philadelphia March 5, 2010.”
END_OF_DOCUMENT_TOKEN_TO_BE_REPLACED

The Munster Scór Sínsear semi-finals yesterday evening took place in Millstreet GAA Hall. There was a home victory for the Millstreet Question Time team. In a diverse cultural programme, Cork teams enjoyed success and progressing to the provincial final are:

The Munster Senior Scor finals go ahead in the Tinteain Theatre, Ballybunion on Sunday, March 20. (More on this hopefully soon)

Niamh Kavanagh who won the Eurovision in Millstreet back in 1993, last night won the Irish Eurosong last night with maximum votes from all the judges groups and the general public (tele-voting). She will be representing Ireland in the Eurovision 2010 in the Telenor Arena in Olso, Norway in the semi-final on May 27th and hopefully in the final on May 29th.

The Telenor Arena is actually a soccer stadium with a roof that can hold 23,000 people for a concert!

Expect to be hearing Millstreet ’93 being mentioned a lot in the run-up to the competition in Oslo. Well done Niamh and best of luck in Oslo!
END_OF_DOCUMENT_TOKEN_TO_BE_REPLACED

Niamh Kavanagh who won the Eurovision in Millstreet in 1993 is in the Eurosong National Final again tonight. You can listen to her song which was released yesterday in the video above. It is on RTE1 at 9:30pm tonight. Give her your vote 😉

Update: She won with maximum votes! Now go and read our follow up post for the details.

LTV2 Millstreet:Highlights from Programme No 157 Featuring Ann Marie O`Riordan, Millstreet 2010 Scor Champions, and the laying down of the Time Capsule back in Clara Road recently.
.
Coming up tonight: LTV 2 Millstreet:Programme 158. On this weeks programme we have music from Crystal Swing,The Celts,and Johnny Bremmner amongst others,we go to Cullen for a presentation to Fr O`Leary to wish him well on his move to Killarney,also we go to the Abbeydorney Ploughing competition,plus all the usual features as well so tune in next Thursday night at 10.00pm with a repeat showing the following Sunday Evening at 8.00pm.

The wonderful Annmarie O’Riordan from Rathcoole is embarking on a ten day tour  of America where she will be performing. If you’re from one of those areas you could do a lot worse than to go to one of her concerts.

Also, Seán has let us know that there is an American radio channel called the Irish Rambler Radio Show (in Boston) which often features the songs of Annmarie O’Riordan and is promoting her forthcoming American Tour. Give it a visit and the latest radio show will come on automatically. It’s quite good so give it a listen.

More from Annmarie about her tour dates on her Facebook page

A very funny musical parody tribute to Cork in the style of ‘Empire State Of Mind‘. Even Millstreet gets a mention (“Cruisin’ round Millstreet”)! I wonder if he’s referring to the lads that gather outside Michael O’Sullivans Electrical store in the evenings in their pimped up cars 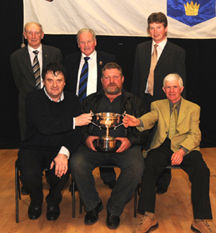 The County finals of the Cork Scór Sinsear are on tonight in Eire Óg GAA Pavilion in Ovens at 7pm. Millstreet are represented in the Novelty Act (Cian O’Mahony and Jerry Doody) while they are also in the Question Time (John Tarrant, Jerry Doody and Pat Sheehan)

Indeed Duhallow competitors won 7 of the 8 titles on offer: Results and more below

END_OF_DOCUMENT_TOKEN_TO_BE_REPLACED 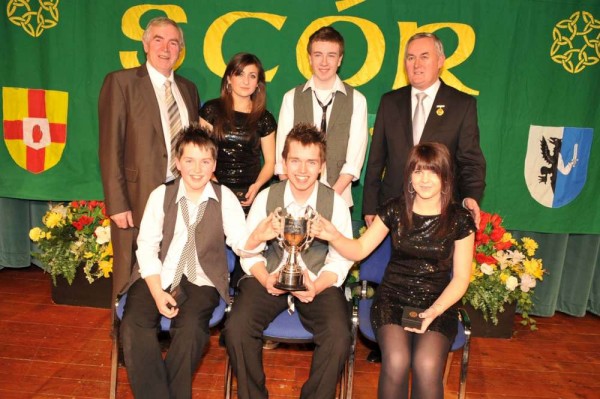 Scór na nÓg All-Ireland finals: Millstreet were popular winners to capture the Instrumental Music category from a quintet of Donal Linehan, Alanna Barry, Kelly Murphy, James Linehan and Cian Dennehy who delivered a series of rousing tunes to capture their first title. In doing so, Millstreets efforts met unaminous approval and fended off the challenge provided by Corofin(Galway), Scottstown(Monaghan) and Dromard (Longford). Pictured with GAA President Christy Cooney (right). (click on the photo for a better shot)

Congratulations to all involved, because it takes a lot of effort to get everything right for the five different stages to win the All-Ireland.

Photos and full report from John Tarrant (more below)

END_OF_DOCUMENT_TOKEN_TO_BE_REPLACED

Sung by Tim Browne from Kanturk. In his own words:

“This is a version of the great Cork song written over 100 years ago by Johnny Tom Gleeson. Recorded for “Mutiny in the County” a solo album made in 2003. The lyrics were published in the 1993 edition of the wonderful Seanchas Duthalla Magazine in an article written by one James Chisman. It is a mighty song and many versions of it, even one in the Irish language, are known. I particularily like this version because of its Land League component and Chisman mentioned in his article that this version is thought to be the nearest lyrically to the original version. The song has undergone many changes and additions since the original believed to have been written in the 1880’s and first published around the early 1920’s. It is a much favoured drinking song possibly due to the references to drinking black porter as fast as you’ll fill etc., Some extra lines have been added to this version so perhaps in one hundred years time or so Thade Quill will have become an internationally recognised academic, and maybe even an assissinated President of America…………….!!!”

Congrats to all the performances by Millstreet in the Duhallow Senior Scór Friday night Jan 29th at Kanturk Golf Club. Success for Millstreet was in the Question Time (John Tarrant, Jerry Doody and Pat Sheehan) and in the Novelty Act (Cian O’Mahony and Jerry Doody). Runners up spots went to Conor Linehan in the Solo Singing, and Conor Linehan + Mícheál Gleeson in the Instrumental Music.

The honours on the night went to: 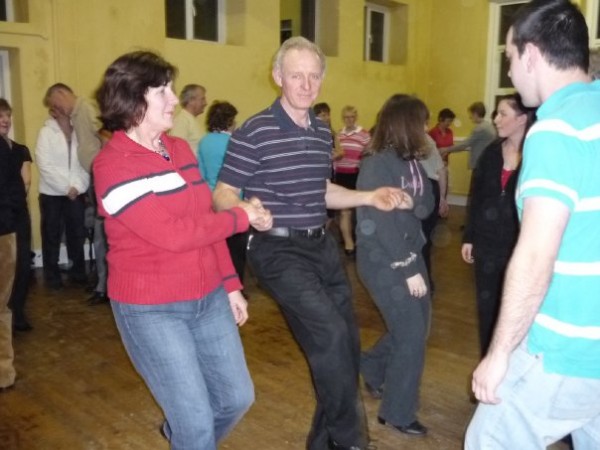 Taken at Aubane School at the start of January 2010. Set Dancing every Monday night (from September to May) starting at 9:15pm.

Photos thanks to Mary O’Mahony (see all photos below)

END_OF_DOCUMENT_TOKEN_TO_BE_REPLACED

BOHERBEE, Millstreet and Cullen will be among the finalists at this year’s Coiste na Mumhan Scór na nOg after they won through their semi-final on Sunday last.

The Coiste na Mumhan Scór na nOg semi-final at Ovens involved clubs from Cork, Kerry and Waterford and this very popular competition drew a huge attendance to the Cork venue.

We Sound Unsure are a Millstreet band and in their own words:  “We hail from the tiny hamlet of Millstreet and we’re like the best band there. Seriously.”

They released an EP some time ago entitled “Awkward Times, Awkward Measures”. You can listen to five of their tunes on their myspace page, as well as their bebo page. The music itself is actually quite interesting, sounding at times quite like Cathal Coughlan (from his Fatima Mansions days).

END_OF_DOCUMENT_TOKEN_TO_BE_REPLACED 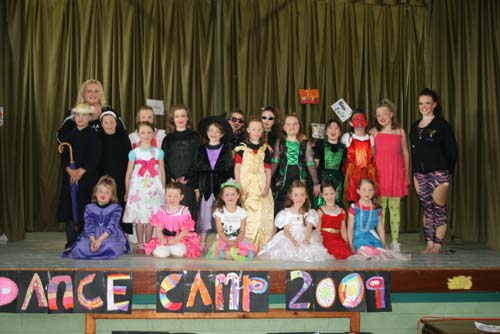 END_OF_DOCUMENT_TOKEN_TO_BE_REPLACED

Congrats to the Millstreet competitors that won medals in the Fleadh Ceoil na hÉireann 2009 held in Tullamore over the weekend:

Maybe a few miles outside Millstreet, but Dan O’Connells pub Knocknagree, in the middle of Sliabh Luchra region was frequented by many Millstreet people for their sessions. Unfortunately now Dan and some of the musicians are no longer with us, and the sessions are fewer, but last Wednesday night (12th August) on RTE1 Radio: The Rolling Wave, they played a session from Dan’s from October 1992. Follow this link where you can listen to an hour of traditional music and song:

Note: the 9pm news is played first, and the music from Dans starts after 4 minutes.

The second part of the session is on the radio tonight (Wednesday 19th August 2009) at 9pm.  I will put a link to it here when it becomes available.

We return to Dan O’Connell’s pub in Knocknagree for the finish of the 1992 session and also hear music and speech from accordion player Jacky Daly and fiddle player Séamus Creagh recorded at the Cork Folk Festival of that year.

Again, The session starts after 4 mins 10 seconds of the clip.

MLLSTREET Ceolthas Ceolteoirí Eireann received the perfect 30th Anniversary plaudits on capturing outright honours in the All Ireland Junior Scóraíocht hosted in conjunction with the Fleadh Nua in Ennis last Saturday. (read below for a full description).

Pictures from the Millstreet group participating in Scoraíocht na nÓg  Munster Finals, in Templeglantine, Co. Limerick on April 24th 2009 which they won,  and progressed to win the All-Ireland finals also!

END_OF_DOCUMENT_TOKEN_TO_BE_REPLACED

Some photos of The Chieftains, Brian Kennedy, and The Corrs at the Global Gathering 31 may 1997