Dropped off the Christmas Boxes to Cork Penny Dinners this morning 🎁
Thank you so much to everyone who donated a box and supported this fantastic Cork charity this Christmas. The support for this collection has been overwhelming and we are truly grateful to you all.
The fantastic welcome we received this morning at Cork Penny Dinners and their appreciation says it all 🎄🎁🎄 – Millstreet Fianna Fáil Cumann 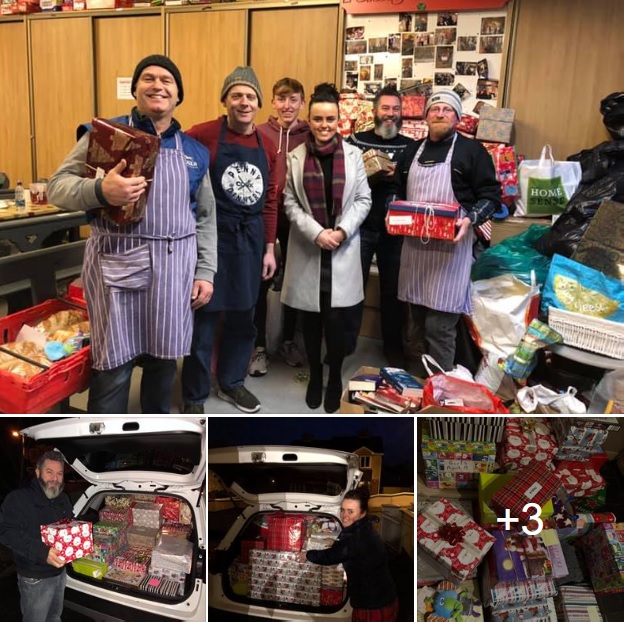 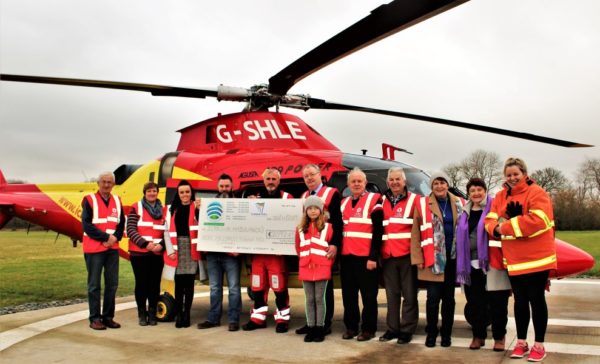 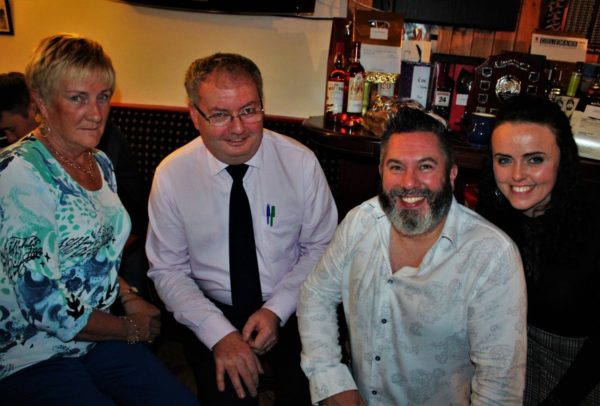 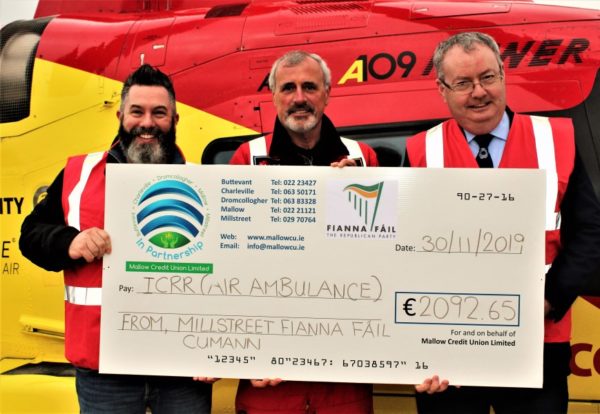 END_OF_DOCUMENT_TOKEN_TO_BE_REPLACED

On Thursday night, 15th Nov. 2018 a truly impressive cheque of €2,000.00 was presented by Chairman of Millstreet Fianna Fáil Cumann, John A. O’Leary to Mary Feeley, Manager, Millstreet Day Care Centre.   This was the result of a most successful Donal Guiney Memorial Inaugural Quiz held at McCarthy’s Bar, Millstreet some weeks ago.   So popular was the Quiz that there were over sixty spot prizes shared on the occasion.   Asking the questions on the night was Noreen Meade before a capacity attendance.   We recorded interviews at the Presentation of the Cheque with John A. O’Leary, Mary Feeley, Deputy Michael Moynihan and with Vincent, Michael and Patrick Guiney.   This feature will be broadcast at 10pm on “Radio Treasures” on Cork Music Station on Tuesday, 20th Nov..  Here we share three images from the uplifting Presentation of the Cheque. Click on the images to enlarge.  (S.R.) 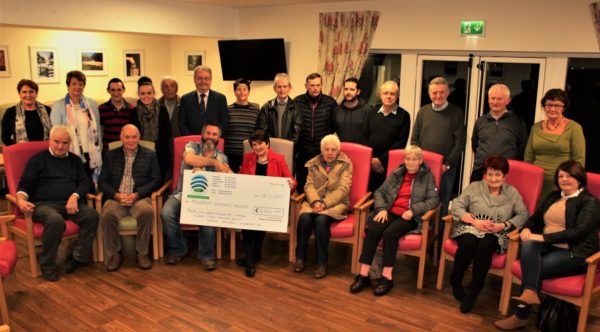 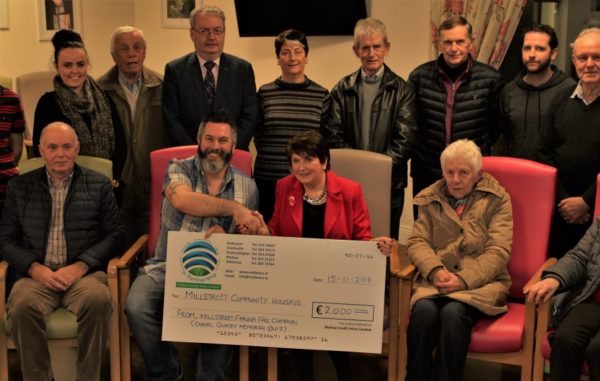 END_OF_DOCUMENT_TOKEN_TO_BE_REPLACED

Here are just two of the many images captured on Friday night at the wonderfully successful Donal Guiney Memorial Table Quiz held in McCarthy’s Bar.  Great credit is due to Deputy Michael Moynihan, T.D. and John O’Leary & Team for excellent preparation of the now Annual Fianna Fáil related Quiz.   This year’s fund will later be presented to Millstreet Day Care Centre.  Lots more pictures later.  Click on the images to enlarge.  (S.R.)  END_OF_DOCUMENT_TOKEN_TO_BE_REPLACED

END_OF_DOCUMENT_TOKEN_TO_BE_REPLACED

Leader of Fianna Fáil, Mícheál Martin, T.D. visited Millstreet on Wednesday, 18th July 2018.   He was given a royal welcome as he began his tour at Coleman’s, dining at Café Aroma and continuing through the town arriving at Millstreet Town Park where the annual Cul Camp was in progress.  He then visited the Carnegie Hall which included a period at Millstreet Museum where he very kindly gave an audio interview which will be rebroadcasted tonight at 10:00 on Cork Music Station on our weekly programme “Radio Treasures” which begins at 9:30 and ends at 11:00pm.   The F.F. Leader was accompanied by Michael Moynihan, T.D. and members of the Millstreet F.F. Cumann.   Here we share some 40 images from the special visit.  Feel welcome to message our live broadcast on the Sean Radley Facebook Page or text 086 825 0074.   And tonight also we listen to John Linehan’s  superb Winning Commentary regarding the purchasing of ice creams for the Family (pictured below). Happy  Listening.  Click on the images below to enlarge.  (S.R.)

END_OF_DOCUMENT_TOKEN_TO_BE_REPLACED

The very welcoming atmosphere in the Bar – thanks to Joanne and Gerard – was a very appropriate venue for the very successful event.  Let’s now observe some more images from the very enjoyable night. END_OF_DOCUMENT_TOKEN_TO_BE_REPLACED

Come along & have your say in Fianna Fail policy on the issues that matter to you.