END_OF_DOCUMENT_TOKEN_TO_BE_REPLACED

THE 1918 ELECTION – AN IGNORED CENTENARY?

We have just had numerous events to commemorate the Rising and rightly so. But 1916 without the 1918 Election result would be almost a non-event and this election is not listed as one of the events that’s highlighted for commemoration during ‘the decade of Commemorations.’  In fact it is never commemorated. It was the endorsement of 1916 by the electorate in 1918 that made 1916 the event it was. Otherwise it would have been a failure like ’98, 1803, ’48, and ’67. It therefore deserves a fairly prominent commemoration. Up to a few months ago there were 974 books listed in the NLI on 1916 and well over a 1000 by now but not a single one on the 1918 Election! I wonder will there be at least one book published on it before 2018?

It is impossible to understand subsequent events such as the War of the Independence and the so-called Civil War without appreciating the 1918 Election. That was the seminal event of the period.  It endorsed the Rebellion and was the basis for Interdependence.

All the critics of 1916 who go  on about the lack of a mandate should be lauding 1918 but they are strangely muted about it. The results of   any General Election can hardly be ignored but that is exactly what happened in 1918 and the more one thinks about it the more extraordinary it becomes. END_OF_DOCUMENT_TOKEN_TO_BE_REPLACED 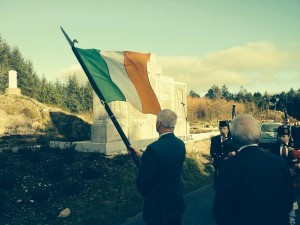 Anyone who takes an interest in our history will know that there is an ongoing debate about the War of Independence and it is appropriate that this Ambush has been central to this debate.  The Ambush has been the subject of END_OF_DOCUMENT_TOKEN_TO_BE_REPLACED