Extracts from the Journal of a traveller who passed through Millstreet twice in August 1804:

Friday, 24th August 1804. … From Mallow to Millstreet I took a post-chaise; but like all other travellers in a post-chaise, might as well have been at home, as I can give no account of the prospects, or of the manners of the people. The little vile inn of Millstreet was full of the company resorting to Killarney; so that I fared very uncomfortably: but early next morning set off in a chaise, and arrived at Killarney to breakfast

Sunday, 26th August 1804: Next morning, Sunday, we set out on foot for Millstreet, before six o’clock; intending to reach that place in time for church at twelve. But the day being sultry, and the distance greater than we believed, sixteen Irish or twenty-one English miles, frequent restings became necessary; and it was full eight hours before we arrived at the end of our walk: alas! too late for church, of which the service seemed to have been hurried over with its usual rapidity. On the road we met multitudes of Catholics going to matins, neatly dressed, having their beads and crucifixes suspended at their sides. Can these decent people be the sanguinary rebels who delight in massacre, and seek to turn things upside down? With respect to the establishment, or any other denomination of religion, there seems to prevail a melancholy lukewarmness. There is no church on the road or near it, all the way from Killarney to Millstreet. Neither is any difference apparent, except amongst the Catholics, betwixt Saturday and Sunday; some being employed in burning lime, some cutting turf, some thatching their houses, others sewing or knitting at their doors, and all whistling or singing. END_OF_DOCUMENT_TOKEN_TO_BE_REPLACED

It is indeed a very real source of encouragement to initiate a regular feature from Millstreet Museum Pictorial Archives when we hear such uplifting comments from many people including Seán Barrett who enjoy our featuring of Pictures from the Past that we should consider delving into our Archive on a regular basis.   And, yes, this is what we hope to do as we gradually approach a New Year.  Thanks to Myra at the Museum we have digitalised several thousand photos ranging back decades which will be available to this and future generations.   To begin our regular feature we firstly caption the image we recently shared: 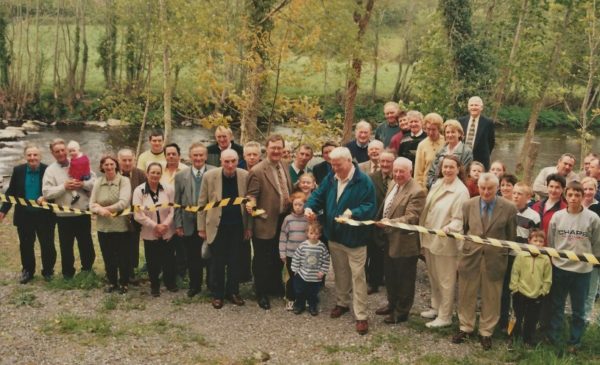