A huge congratulations to Darragh Cashman from Boys NS Millstreet on being selected to play for Cork in the Primary Schools Games. He will either play in the Munster Football Semi-final v Clare or Limerick on Sunday June 14th or a possible Munster Final on Sunday July 5th. Well done Darragh. We are all very proud of you. 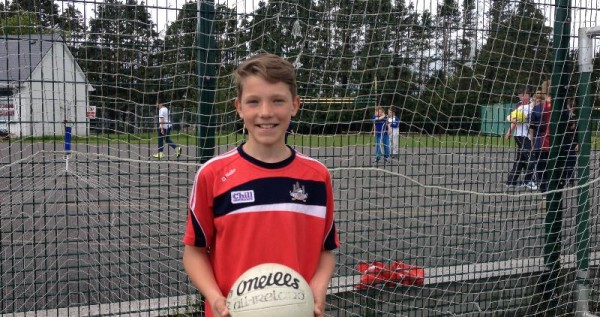 Please support our up and coming stars !

END_OF_DOCUMENT_TOKEN_TO_BE_REPLACED

YOUGHAL withstood a determined finish from Millstreet in a keenly contested County U-16 ‘B’ Football Championship semi final played at a rainlashed Mourneabbey last Monday.Weather conditions were anything but suitable for the game and great credit must go to both set of players for serving up a high standard of play given the wretched rain that prevailed in the opening half. At the end of the hour, there could be no argument about the outcome, Youghal were far, the hungrier side, their application superb and in general, the East Cork boys emerged much more enterprising in the prevailing conditions.

END_OF_DOCUMENT_TOKEN_TO_BE_REPLACED 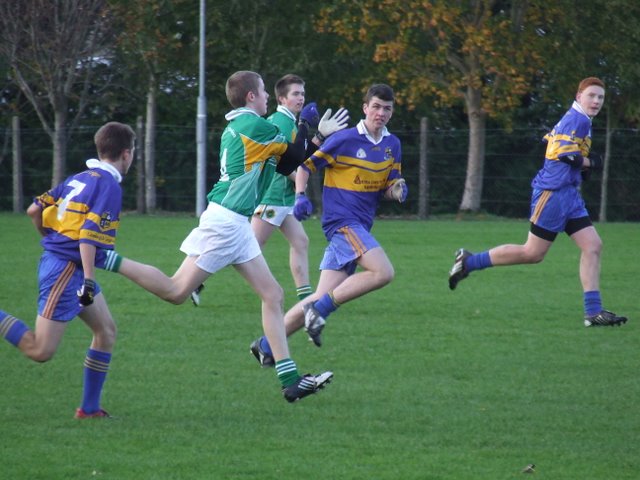 END_OF_DOCUMENT_TOKEN_TO_BE_REPLACED

This afternoon (Saturday 24th October) Millstreet beat Carrigaline comprehensively in the County under 16 Football Championship. Playing into a stiff breeze in the first half Millstreet still dominated the first half yet the score was even at 1-7 to 2-4 at half time. The second half was totally one-sided with wave after wave of Millstreet attacks on the Carrigaline goal cumulating in four goals and numerous more points, while limiting Carrigaline to a solitary point at the other end.

Also during the week, the under 14 footballers defeated Boherbue in a replay of the the Duhallow semi final. The final is sue to be played next week.

Millstreet Junior footballers crashed out of the Duhallow Junior A Football Championship after a narrow defeat at the hands of Kanturk. Played in Kiskeim in very wet conditions, Millstreet lead for most of the match, only to be over-taken in the last few minutes….

You can read the report from the corkman here: http://www.corkman.ie/sport/gaelic-football/late-walsh-point-noses-kanturk-past-millstreet-in-junior-a-clash-1871209.html