Skip to content
The outstanding book “Worth the Wait – The Drishanebeg Train Ambush” has been printed locally by Kanturk Printers and is now available to purchase from the following Millstreet shops for just €10.
The Committee would like to thank these businesses for facilitating & supporting the sale of this publication.
The Book is an excellent compendium of all available information from numerous sources and historians and includes many new photos that have never been previously published.. On this the 100th anniversary of the Ambush, the Book is a fitting memorial to the bravery of those who took up arms against an Empire and will help ensure that their memory lives on.

END_OF_DOCUMENT_TOKEN_TO_BE_REPLACED 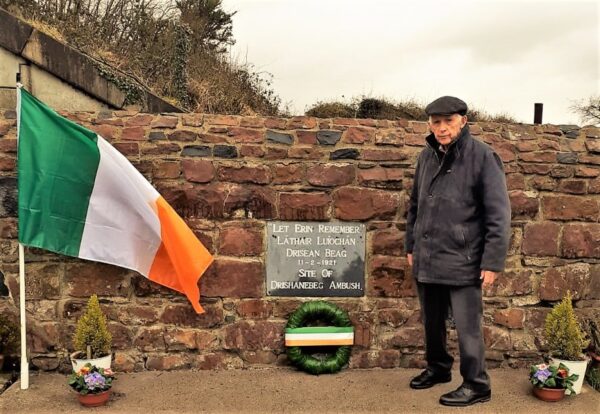 The Drishanebeg Train Ambush Commemoration Project Committee was established to commemorate the events of that historic night at the Glebe Railway Cutting. END_OF_DOCUMENT_TOKEN_TO_BE_REPLACED