We have been asked to please make people aware, and especially younger kids that it is very dangerous to cycle on the narrow footpaths in town . One lady who contacted us has been hit once coming out a shop door, and two older customers had near misses and could have been badly hurt.

It is actually an offence to cycle on a footpath unless you are entering or exiting a property, and it comes with an on the spot €40 fine.  However, Cycling Ireland state that “if the roads are dangerous and narrow, we would prefer to see children cycling on footpaths than not cycling at all,”…  so just be careful please. 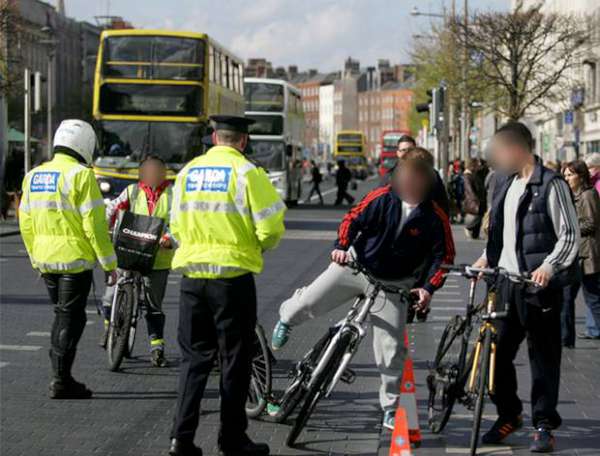 Can anyone help with this query: “We have some guests staying in Millstreet during the summer, and is there anywhere close by they could hire bicycles for a few days?  Get in touch with Bill 0879512849” 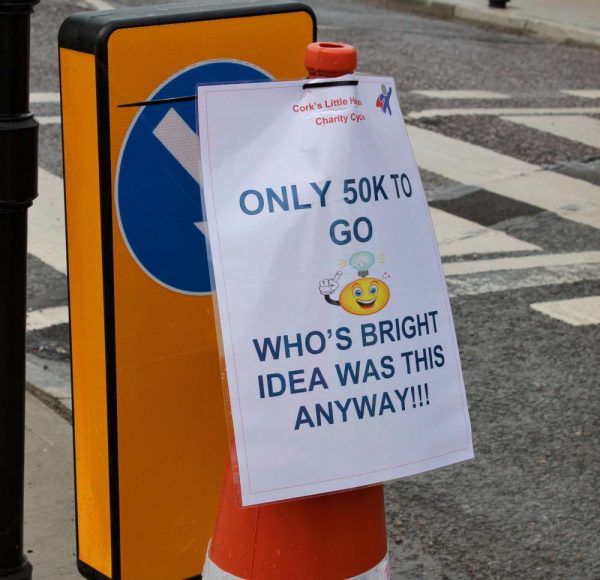 We now share lots more images from the truly inspiring and uplifting fundraising event.  Sincere congratulations to all participants and supporters. END_OF_DOCUMENT_TOKEN_TO_BE_REPLACED

Coordinated by Dave Murphy and his dedicated Team a group of cyclists from Cork City and beyond will stop for refreshments in Millstreet on Saturday morning in the Parish Centre.   The event is in aid of “Cork’s Little Heroes”.   Last year the inspiring participants had their welcome break in Millstreet GAA Community Hall.  (S.R.)

Brian Murphy from Cloghoulabeg seen here on Tuesday competing in the in the FBD Rás for the Kanturk Cycling Club.

Picture is from TodayIsMyGiftToYou.ie, Fr. James McSweeney’s excellent site which has many great photos and thoughts, and it is well worth a visit.

After the recent excitement where the Tour of Ireland passed through Millstreet, we will have more cyclists this coming Sunday 13th Sempember. The “An Post Rebel Tour:Mushera and Nadd Mountain Challenge Route” will be coming in the Drishane Road, turning left at Dairygold and up over Mushera. While it is a fun cycle, this route is for more experienced cyclists.

The route is described as: “The 130km route takes in the scenery of the Boggerah Mountains passing along historic trails such as the old Butter Road and Aghinagh Way with some challenging climbs past Mushera Mountain as well as on the way to Nadd village. The route starts at Mallow GAA Sports Complex, continues out the N22 Mallow to Killarney road, turning left for Millstreet, and left again on the outskirts of the town (Rylane Road) commencing the climb towards Mushera. This is part of the Butter Road which dates back before the 18th century when it was the main trade route between Kerry and Cork.

END_OF_DOCUMENT_TOKEN_TO_BE_REPLACED

The video shows Dennis van Winden in first position followed by Mark Cassidy and finally the main group. with thanks to Bernard Crowley

As we approached the category two climb at Musheramore at 133km, the dynamic of the race began to change irrevocably. Astana hit the front of the peloton and began to peg back the leading duo. The gap was reduced to 6 minutes 57 seconds.

Here van Winden made a dash for it, dropping Cassidy on the ascent. On the way down the other side of the hill, van Winden had a two minute lead. An Post Sean Kelly Team Niko Eeckhout abandoned here; the climb just too much for the veteran Belgian.

Cassidy did hold on to second going over the summit at Musheramore, with Matt Wilson, last year’s King of the Mountains taking third place, adding crucial points in his hunt to retain his jersey this year.

Jay Thomson was fourth adding more points to his impressive ride in the Tour overall.

More Pictures and videos of the Tour of Ireland in the next few days.