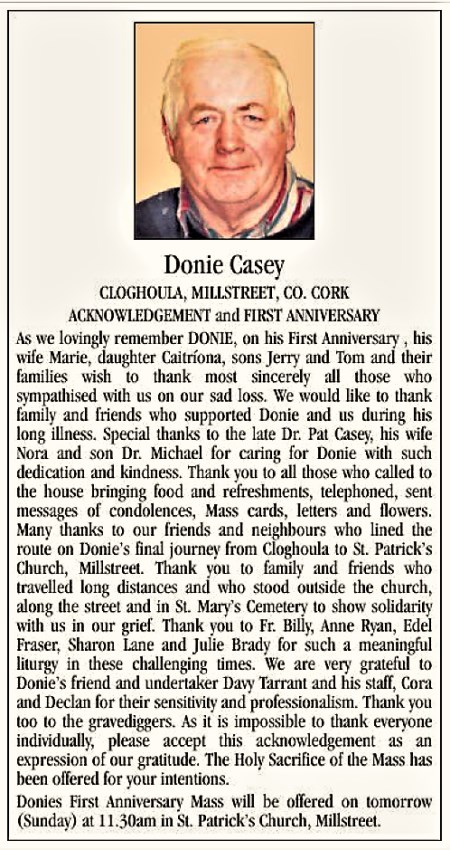 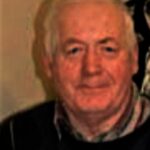 In accordance with current government guidelines requiem mass for Donie on Saturday December 19th at 12 noon in St. Patrick’s Church, Millstreet will be private for family and close friends. Funeral afterwards to St. Mary’s Cemetery, Millstreet. Messages of condolence may be left HERE. Donie’s funeral mass will be live streamed and can be viewed at www.churchservices.tv/millstreet

Family flowers, only. Donations, if desired to Millstreet Community Hospital.