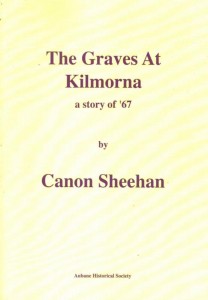 Canon Sheehan (1852-1913) completed the novel shortly before his death. It was published the following year, 1914, when the Home Rule Bill was being formally enacted by Parliament but was set aside in fact and the Home Rule leaders were recruiting Irish cannon fodder for the British war on Germany and END_OF_DOCUMENT_TOKEN_TO_BE_REPLACED