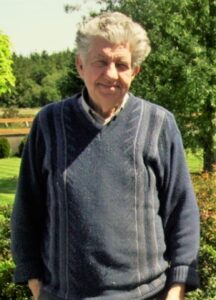 Anne, and the Family of the Late John Anthony O’Sullivan, Ballydaly would like to express our sincere and heartfelt gratitude to all those who helped and supported us during his illness, funeral and in the past 12 months.

The final days, were made so much more comfortable due to the professionalism and care of the following:  The District Nurses Maureen, Marie, Teresa and Sharon, Homehelp Christina, the doctors at Tullig Medical Centre, Staff of Mallow Hospital, Staff of Millstreet Hospital, Reens Pharmacy, Nightcare Tim, Staff of Marymount Hospice, Palliative Nurses Phil, Bina, Kathy and Eileen, Fr Jack and Fr. Seán.

His passing was made so much easier by the sensitively of:  Daffodil Nurse Phil, South Doc & Davy Tarrant Undertaker.

The Funeral Mass was exactly as John Anthony would have liked. This was down to the attention to detail and passion that Sharon in Parish office, Fr. Pat, Fr. Seán, Sacristan Julie and Singer Joan put into the ceremony.

We were so  grateful to Seán Radley that the ceremony was streamed to Millstreet Hospital for Anne.

We were very humbled by the friends, neighbours and extended family that lined the road from Ballydaly to Millstreet when he left his home at 8.30am on that Friday morning.

And all those that stood outside the church and at the Graveyard where the final prayers were broadcast over his own public address speakers.

We would like to sincerely thank everyone who wrote messages of sympathy on RIP.ie, sent Mass Cards and took the time to ring or text.  Your thoughtfulness was appreciated.

Covid-19 may have kept everyone physically apart, but we have never felt so surrounded by people with kind hearts and generous natures.

There were so many gestures of kindness and goodwill from so many people that we, as a family, appreciated and will never forget. We won’t name these individuals as there were so many, we’re afraid we’d forget someone.

A Mass for all those mentioned (and those not), has been offered for your intentions,  in St. Patrick’s Church. Millstreet.