As Millstreet looks forward to the visit of Steve Collins on this Friday, 19th Nov. when one of his local locations he will be visiting will of course be Green Glens Arena where on 18th March, 1995 Steve won the World Boxing Championship when he met with Chris Eubank – we share views of an earlier Green Glens pre-1990 where some of the most exciting prestigious events have occurred.   We sourced the following six images of Green Glens from the Pictorial Archives of Millstreet Museum.  Tap on the pictures to enlarge.  (S.R.) 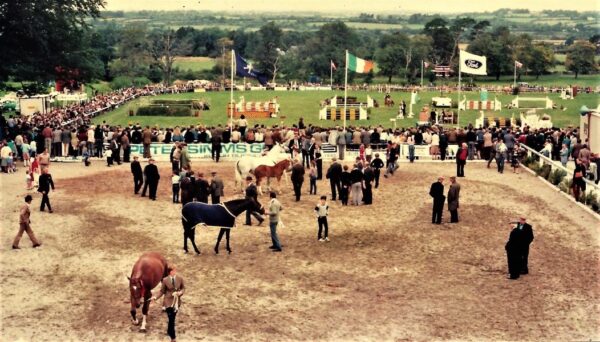 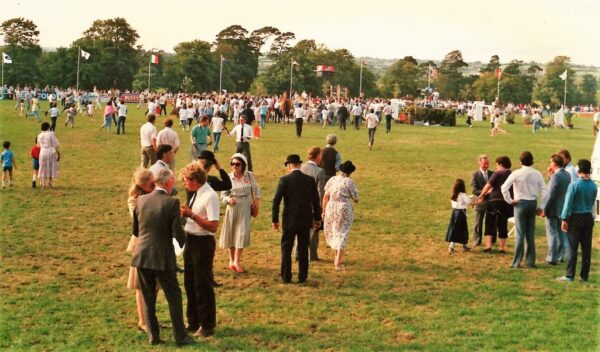 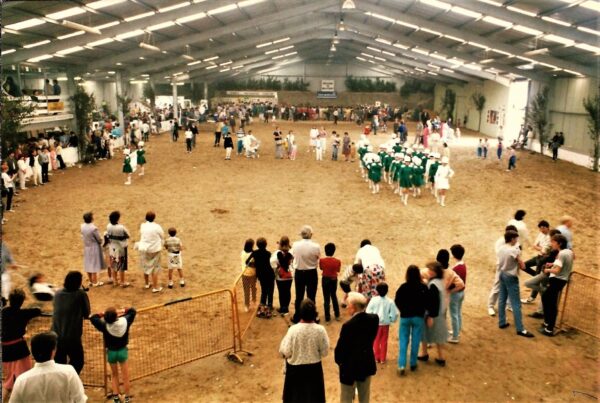 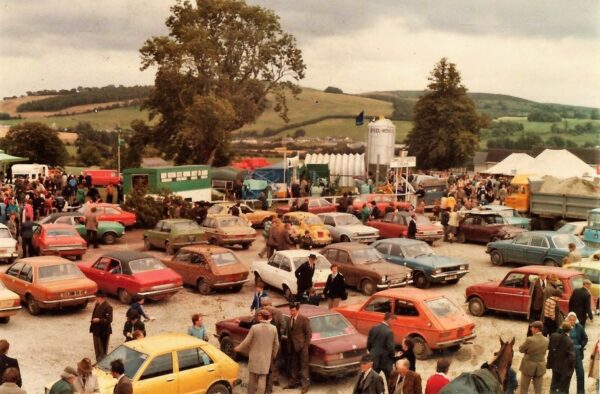 END_OF_DOCUMENT_TOKEN_TO_BE_REPLACED

Tullig Medical Centre will be closed to Patients All Day on Thursday, 18th Nov. 2021  to facilitate the Booster Vaccination.   For emergencies during this time please ring the Surgery.

Looking for a house or apartment to rent for two working professionals in the Millstreet or surrounding area.

Looking for room to rent for a professional female in the Millstreet or surrounding area.

Former WBO World Boxing Champion Steve Collins will visit Millstreet on next Friday 19 November close to 25 years after winning his World Title at the Green Glens Arena Millstreet when he beat Chris Eubank,
The fight was a real triller with Eubank the World Champion at the time and Collins the Irish underdog, but the cheering crowd got behind Collins, every punch thrown was electrifying which made for an unbelievable athmosphere.
On this coming Friday Evening you will again get an opportunity to meet Steve Collins again when he visits Millstreet as part of his currentTour,he is expected to arrive in Millstreet at approx 4 o’clock when he will be given an open top convoy by Millstreet Vintage Club from the Munster Drone Services at the Old Creamery through the Town Square with his first Official stop at the Carnegie Hall to sign the Visitors Book at the Millstreet Museum and look at some Memorbelia from the time of the fight,then its on to Green Glens where he will receive a tour of the premises where that big fight took place by the Duggan Family, next port of call will be The Bush Bar where he will be greeted by members of Rylane A.B.C. amongst others,he will see the fight from 25 years ago on a Big Screen and Autograph some Boxing items as well as the Origional Poster from the Fight which have been hanging in the Bush Bar all this time,
The Collins Family of Maxol Macroom Road Service Station have supplied the origional Banner used for the fight as the event was sponsored by Maxol back in the day.
The Boxers next duty will be to March to the Square with the Millstreet Pipe Band under that origional Banner to the Town Square where he will be welcomed to Millstreet Town by Millstreet Town Council and a Presentation will be made to him.
Collins will then take part in the most colorful event of the year The Turning on of the Christmas Lights..
Also at the Square will be a competition for the outfit most keeping with the Christmas Spirit, with some prizes supplied by the Town Council,so Friday Evening next in Millstreet promises to be an Evening not to miss and one to recall the great Time had when Steve Collins made History in the Town all those years ago. 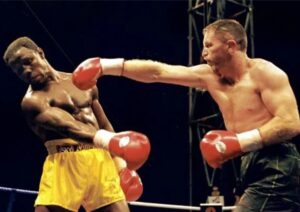 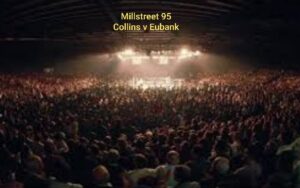 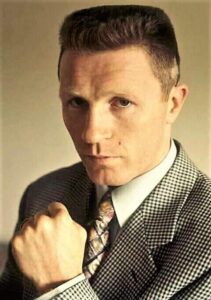