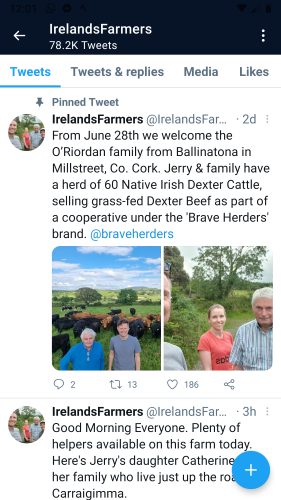 Jerry O’Riordan and family from Ballinatona  featured on Twitter’s IrelandsFarmers showing their herd of 60 Native Irish Dexter Cattle. The cattle are grass-fed as part of a co-operative under the “Brave Herders” brand.
Twittter:BraveHerders

END_OF_DOCUMENT_TOKEN_TO_BE_REPLACED 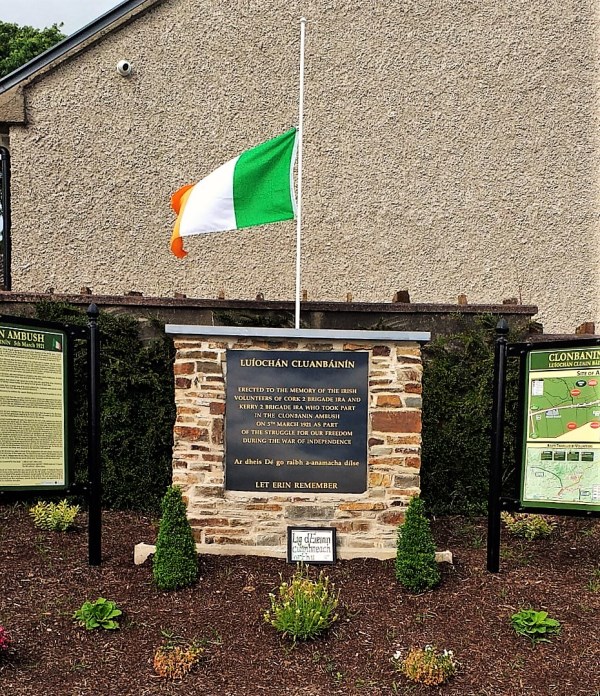 From the Clonbanin Ambush Centenary Commemoration Committee
“Today Wednesday 30th June 2021 is another day the Tricolour is at half-mast, at our Centenary Monument in Derrinagree Church Carpark. To commemorate the sad death of one of our local Heroes, Martyr and Victim of the War of Independence. Today we honour and commemorate the life and death of Volunteer Bernard Moynihan. On Thursday evening, 30 June 1920, in the vengeful aftermath of the IRA ambush at Rathcoole, a party of Auxiliaries ‘fired on two youths who were saving hay on Murphy’s farm at Rathcoole Co Cork and killed Bernard Moynihan who was born in the year 1902 and was dead before the year of 1921 ended at the young age of 19 years. By that time Bernard was already a veteran of the local volunteer activity, and had played his part in the fight for Irish freedom. Bernard Moynihan was ‘the only son of a small farmer’ at Shanakill near Kilcorney. 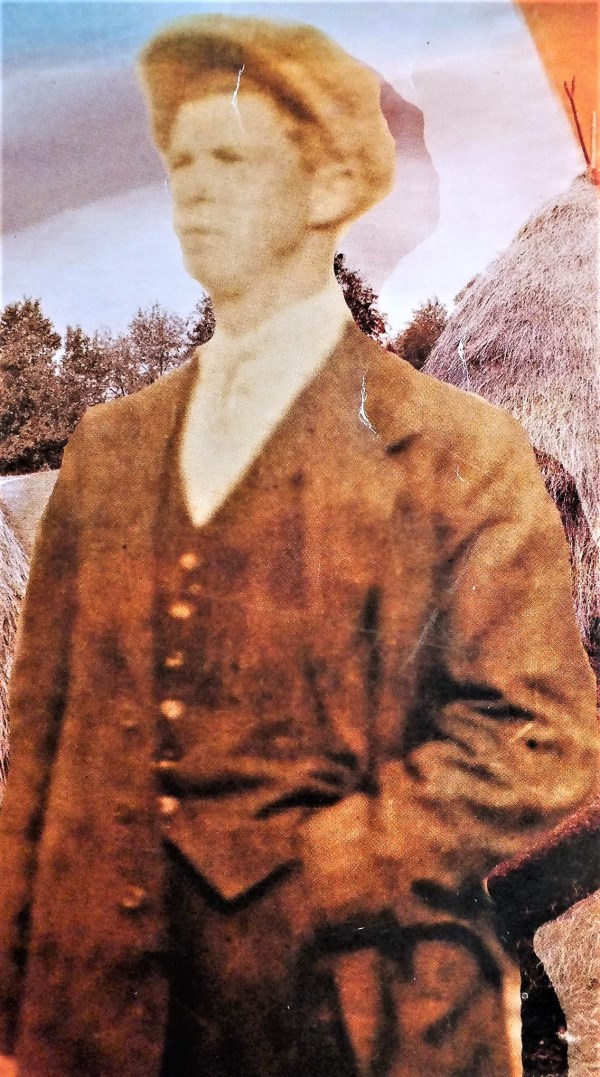 On the morning of Saturday June 30th 1921 young Bernard Moynihan left his home in Shanakiel to travel a mile down the road to the farm of Con Sylvestor Murphy to give a hand at saving the hay. Bernard would join his two friends Mick and Sylvie sons of Con Sylvie and help out with the task ahead. After a long hot and hard day under the blazing sun saving the hay they went for a well earned tea break, and a short time after Bernard Moynihan lay dead shot by a single bullet to this head. Very different reports from the British side portrayed his death as having occurred as a legitimate response to an attack. It was said that Moynihan had been shot by some Auxiliaries returning from Banteer to Millstreet; the Auxiliaries claimed that a bomb had been thrown at one of their Lorries at Rathcoole Bridge, and that they had returned fire. The Auxiliaries also claimed that they had shot Moynihan only after he had ignored their order to halt. The British declared that it was not practical to hold a military court of inquiry into Moynihan’s death.