(Update:  Already within the first 15 minutes of launching our Go Fund Me page we have received greatly appreciated support from Rebecca, Michael & Siobhán, Ann.  Patrick from USA continues to support Millstreet based projects in a most generous manner.   Míle buíochas, dear Friends.)

Although we have our annual permit for the holding of our Annual Church Gate Collection for this coming weekend 1st & 2nd August 2020 we shall not be holding this Collection due to COVID-19.  Instead, for this year, we are setting up a Go Fund Me page to afford the opportunity of supporting the two local community-based voluntary services – Millstreet Museum & Millstreet Website.   Running costs at our Museum include annual insurance of €1,000.00 plus lighting, heating and development expenses while for the Millstreet Website we have hosting and domain name costs.

Our main source of funding for Millstreet Museum and the Millstreet Website is through an Annual Church Gate Collection in August.   This year, however, due to COVID-19 we cannot hold this Collection.   Thus we extend an invitation to our Supporters to kindly consider contributing towards this Go Fund Me appeal so that we as Volunteers can continue to make our Museum and Website Services available.   The running costs of both are quite substantial.   We greatly appreciate any contribution received.    Sincere thanks also for the wonderful words of encouragement we constantly receive regarding the provision of these two community-based important Services.   Míle buíochas – Seán Radley, Curator Millstreet Museum & Team Member of Millstreet Website. 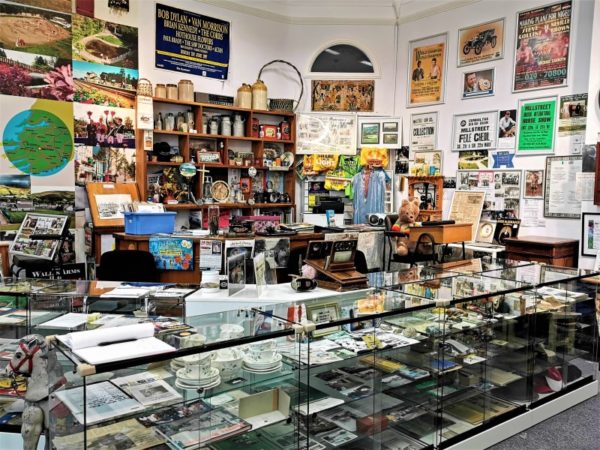 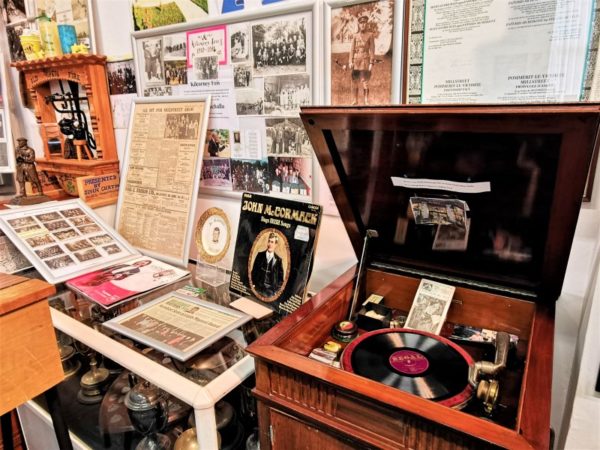 END_OF_DOCUMENT_TOKEN_TO_BE_REPLACED

(Watch the game in the below video)

END_OF_DOCUMENT_TOKEN_TO_BE_REPLACED

Seven years ago on ‘Where the road takes me’, we brought you the intriguing and at times unbelievable story of a Land-War shooting during Ireland’s troubled past in the late 19th Century.

The following year we brought you an update on the story, identifying the man with the gun, but stressing sympathy for his actions, as he was, we felt, a victim of circumstances, as was, some others felt, the victim himself.

There are many strange and eerie happenings attached to this story.

On this week’s edition of ‘Where the road takes me’, and two days before the 132nd anniversary of the shooting, we return to the story for very good reason.

Back in 1920, a local priest known for his fire and brimstone sermons and accurate predictions, visited and blessed the scene.  Soon afterwards he stated that despite Mother Nature’s and man’s best efforts to remove it, a visible reminder of the shooting would remain at the scene for one hundred years.

Many strenuous efforts were made down through the years to destroy it but failed.  The one hundred years are now up and we return to the scene to discover how accurate, if at all, the priest was back in 1920, and if a conclusion can be brought to a story that was tragic, intriguing and eerie. END_OF_DOCUMENT_TOKEN_TO_BE_REPLACED

We invite you to submit your Requests for our weekly Music Request Show “Lunchtime Favourites” (Sunday, 26th July 2020) on Cork Music Station which is broadcast directly after our transmission of the celebration of 11:30 am Mass from 12:10pm until 13:30pm.   Just email your requests anytime to corkmusicstation @gmail.com or text/WhatsApp to 086 825 0074.   Our focus this Sunday will include the wonderfully uplifting songs and tunes hugely popular in the era of Carnivals in Millstreet in the 1950s and 1960s.  Sure to evoke some great memories!   Further gems in song we also share.  We hear about Saturday’s First Anniversary of Air Ambulance based in Rathcoole.   We discover the story behind the splendid new seat at the Cross on Clara Mountain.  This and much more!   Happy Listening!  Tap on the images to enlarge.   (S.R.)