Continuing our series on the events of 1920 with the help of the daily newspaper of the First Dail, the Irish Bulletin.

The Following are the Acts of Aggression Committed in Ireland by the armed forces of the Usurping English Government — as reported in the Daily Press — for the week ending MARCH 20th, 1920.

RAIDS: A large military force surrounded the residence at Glasnevin, Dublin, of Mr. J. Forrestal, recently elected Member of the Dublin Corporation, and ineffectually tried to open the front door with a bunch of keys which they carried for that purpose. Upon being subsequently admitted they ransacked the entire building, including the nursery where three young children slept, and the sick room in which Mrs. Forrestal lay ill. Police and military raided the residence of Mr. T.J. Loughlin, 32 Lindsay Road, Dublin, and remained for over two hours, during which time they conducted a thorough search. A police party raided the shop of Mr. D. Curtain, Paradise Place, Cork, and seized copies of Republican newspapers. The residence of Mr. J. O’Sullivan, 13 Kyle Street, Cork, was raised by police. Mr. J. Hurley’s house at St. Mary’s Terrace, Cork, was also raided.

ARRESTS: In the course of a military and police raid on the house of Mr. T.J. Loughlin, Lindsay Road, Dublin, the raiders, after intimating that they had instructions to arrest every man in the house, took into custody Mr. Loughlin — who is over 60 and in failing health — and his son, Joseph, aged 15. Mr. Loughlin has no connection with any political organisation, and his son is still attending school. END_OF_DOCUMENT_TOKEN_TO_BE_REPLACED 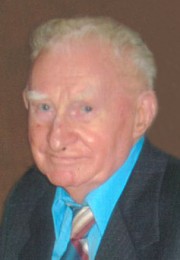 Thinking Of My Father, Mike Kelleher, today, May 2nd, on his 8th Anniversary In Heaven.  My father was originally from Aubane Cottage, Millstreet.

I cannot believe eight years ago you were with us celebrating Kathleen’s Communion. I am a very lucky and a blessed daughter to have had my Dad also be my best friend.

Life has been so different without you in it and many days I shed a tear when I have to remind myself that you’re not here physically. But I do feel you and I know you hear us.

A huge part of our life is missing and that was you. I love you and miss you Daddy everyday!!

Thinking of you on your 8th Anniversary in Heaven Today and Mom is with you on your Anniversary. Love and Miss You, Margaret, James, Brian and Kathleen and Michael Kelleher

Millstreet Community Council have announced a Photograph Competition for the coming days:

LOOKING FORWARD TO SEEING OUR BEAUTIFUL AREA / PEOPLE THROUGH A CAMERA LENS.

Loads of photos were submitted, and here are the winners:

If you or anyone you know would like to avail of the Meals on Wheels Service over the coming weeks please contact the kitchen on (029) 30998 or the office on (029) 70926 (please leave a message if no answer) or email <info@millstreetdaycentre.ie>