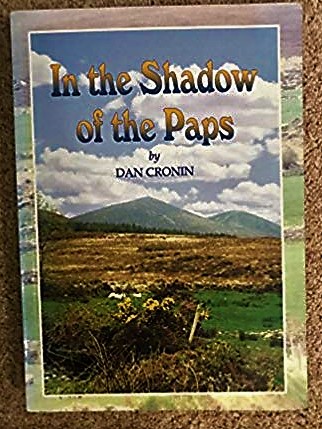 Dan Cronin was born in a cosy and homely thatched cottage in the wonderfully scenic townland of Aunaskirtane, Rathmore, Co. Kerry in the 1920s. He was educated in Shrone N.S. up to the age of fourteen. Dan had always maintained a keen interest in old tales and history. His superb narratives were penned from reality. Fireside tales of other days so gripped that he often felt he was present as the stories were occurring.   It was a true privilege knowing the wonderful Dan and his late wife, Margaret.  Dan had such a wonderful sense of humour and his consistent smile projected his sincere friendliness to All. Being a member of a very special Sliabh Luachra group which was formed to coordinate the most memorable Launch of one of Dan’s most famous and most popular books “In the Shadow of the Paps” at the “Two Mile Inn” Hotel in Killarney (now “The Torc” near Lissavigeen) it was such an honour being asked to take the photograph which appears on the cover of the world renowned book.  And what a mighty day we all had visiting various locations in Sliabh Luachra to capture images for the book with Dan relating such great stories about each location as we travelled on a beautiful day in Summer.  Dan and Margaret were always so very welcoming not only in Aunaskirtane but also in Rathmore.   Dan has left a magnificent legacy in the world of literature and history.   Thankfully, over the years Dan was recorded on television, radio and locally.   What a hugely valuable treasure this is for many generations to come.   Ar dheis Dé go raibh a anam dílis.  (Seán Radley)  END_OF_DOCUMENT_TOKEN_TO_BE_REPLACED

All shop owners/publicans or house owners in Millstreet Town are encouraged to decorate their windows with a country from the list:

We shall take pictures of the  windows and the Community Council will sponsor a prize for the best window. Also colouring competition for national school aged children to colour a picture of a horse with once again specific country colours and these can be dropped into Niamh in Wordsworth by Monday and also a special appropriate prize for the winner..We need by Monday as we hope to create displays in the town for the week of the wonderful Mounted Games.

We thank Michelle O’Keeffe and Noel Buckley of Millstreet Community Council for these important suggestions.  (S.R.)

The European Mounted Games Championships 2019 will be held at Millstreet Green Glens Equestrian Centre from July 8th – 14th. A Parade through Millstreet Town will be held on Tuesday July 9th at 7pm led by Millstreet Pipe Band followed by the Opening Ceremony in the Square. All are welcome. To check out full details of the week please log into  https://imgaeuros2019.com/

Sincere thanks to Presenter, John Greene for advance information on this week’s programme on Sunday 7th July 2019.  (S.R.)

In 1954 the Gaoire  (Gwayrah) near Macroom was flooded to make way for the arrival of a little known commodity called electricity.  While the project created hundreds of badly needed jobs, it also forced many people from their homes.

Now the area is a statutory nature reserve, and on this week’s programme, John walks through Annahala, and meets some of the people who once lived here, forming a closely knit community with their own shop and pub.

Dating back to the ice age, the Gaoire is the remains of the only Post Glacial Alluvial forest in Western Europe, with the potential to become a World heritage site. END_OF_DOCUMENT_TOKEN_TO_BE_REPLACED 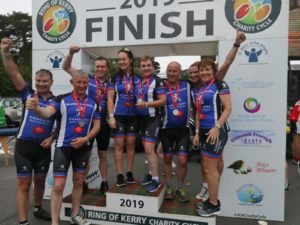 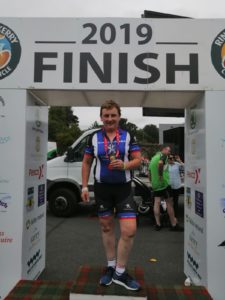 Congratulations to Catherine Sheehan and all the Sliabh Luchra Cycling Club for completing the 180km Annual Ring of Kerry Charity Cycle from all their friends in Millstreet, Banteer, Rathmore and from all the gang at K&L Deliveries. Well done on a great achievement.

END_OF_DOCUMENT_TOKEN_TO_BE_REPLACED

There is some fascinating Archive Footage (of interest to older!  Millstreet GAA fans) of the 1974 Kerry V Cork Munster Final available on youTube . Cork won by 1-11 to 0-7 in very poor conditions. All the Millstreet players were excellent but it may well have been Humphrey Kelleher’s (#3) best performance in a Cork jersey. Dinny Long (#8) showing Mick O Connell the ball (34:45) also must have gone down very  well with Kerry supporters at the time!  John Coleman #6, and Connie Hartnett #7.

END_OF_DOCUMENT_TOKEN_TO_BE_REPLACED

The best of luck to Mark Ellis who will be at centre-back again for Cork’s All-Ireland Hurling Qualifier against Westmeath which is on at 3pm this afternoon (Sunday July 7th)  in Mullingar. The match will not be shown live on TV, but is sure to be on C103 radio, and highlights on the Sunday Game.