Patrick W. O’Leary of Louisville, Kentucky, U.S.A. has very kindly been supporting the annual Quiz in aid of the four Students from Millstreet Community School who travel as Helpers to Lourdes on an annual basis.  Pictured below are three of the four Students on this year’s project with School Chaplain, John Magee who coordinates the inspiring programme – with the many attractive items which Patrick has sent to the School and which will be part of the important Draw on Quiz night in the Wallis Arms Hotel on Friday, 1st Feb. 2019 beginning at 8pm.   MCS is very grateful for Patrick’s wonderful support.  Click on the images to enlarge. (S.R.) 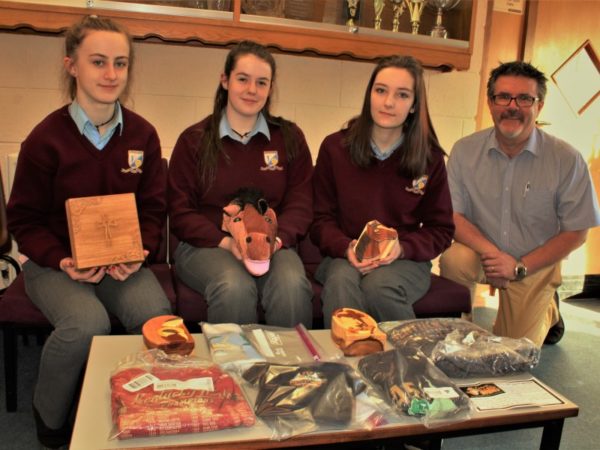 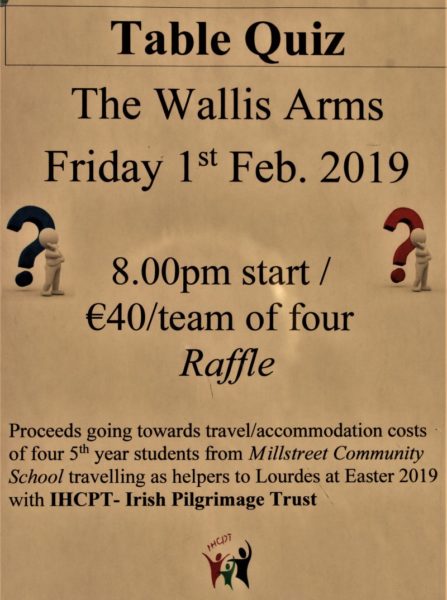 END_OF_DOCUMENT_TOKEN_TO_BE_REPLACED

The Annual General Meeting of Millstreet Town Park will take place on this Friday, 25th Jan. 2019 at 8.00p.m. in the Millstreet Day Care Centre.  All are very welcome.  The Meeting will be preceded by the celebration of Mass in St. Patrick’s Church, Millstreet at 7:30pm for all Deceased Members.  We thank Denis for the notice.  (S.R.)

We are now enrolling pupils for the coming school year! Our school website gives an insight into the fun and learning which takes place in our school everyday. Enrolment forms can be downloaded from our school website or collected from the school office from 10am  – 3pm. Please return all forms  by February 1st. Please ring 02970957 for any queries.  [millpresns.weebly.com] 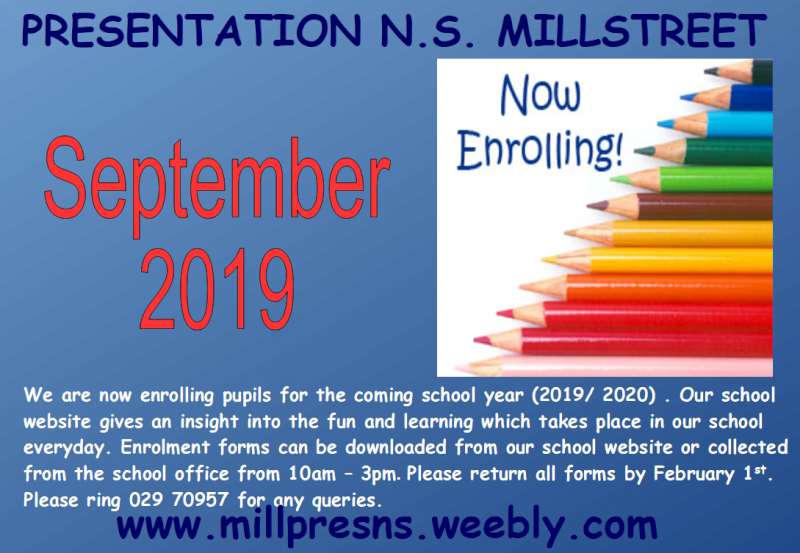 Today marks the 100th anniversary of the War of Independence. Congratulations to the Presentation National School who marked the anniversary with a wonderful rendition of the Boys of the County Cork:

While it was not clear in the beginning of 1919 that the Dáil ever intended to gain independence by military means, and war was not explicitly threatened in Sinn Féin’s 1918 manifesto, an incident occurred on 21 January 1919, the same day as the First Dáil convened. The Soloheadbeg Ambush, in County Tipperary, was led by Seán Treacy, Séamus Robinson, Seán Hogan and Dan Breen acting on their own initiative. The IRA attacked and shot two RIC officers, Constables James McDonnell and Patrick O’Connell, who were escorting explosives. Breen later recalled:

…we took the action deliberately, having thought over the matter and talked it over between us. Treacy had stated to me that the only way of starting a war was to kill someone, and we wanted to start a war, so we intended to kill some of the police whom we looked upon as the foremost and most important branch of the enemy forces. The only regret that we had following the ambush was that there were only two policemen in it, instead of the six we had expected.[33]

This is widely regarded as the beginning of the War of Independence.  END_OF_DOCUMENT_TOKEN_TO_BE_REPLACED

However, local historian Jack Lane thinks it was small and short lived in the early 19th century, maybe part of a larger one in Macroom. All are welcome to attend the talk by Quincey Dougan, which takes place in the Crawford Art Gallery on Wednesday, February 6 at 8pm.  END_OF_DOCUMENT_TOKEN_TO_BE_REPLACED 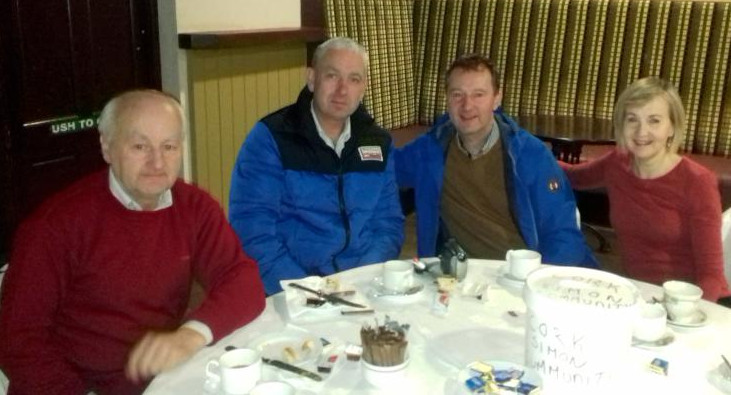