The ever popular Millstreet Church Calendar contains such very useful information.  Great credit is due to those involved in the design of the annual publication.  Quite a few people have asked about the location of the Autumnal Image chosen for this year’s Calendar.   The picture was taken one morning as I left Mount Leader Estate at the intersection with the Road leading to Millstreet Industrial Estate.   Clara Mountain is seen in the background and the very attractive roadside garden with a variety of autumnal colours which was developed many years ago by such dedicated people like the late Neily O’Leary and others – is to the foreground of the image.   Below we feature the Calendars which are available in St. Patrick’s Church, Millstreet, in Ballydaly and Cullen Churches and the original image recorded in Autumn 2018.   Click on the pictures to enlarge.  (S.R.) 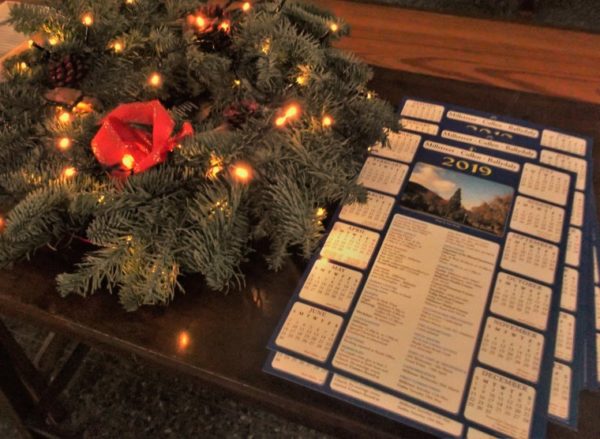 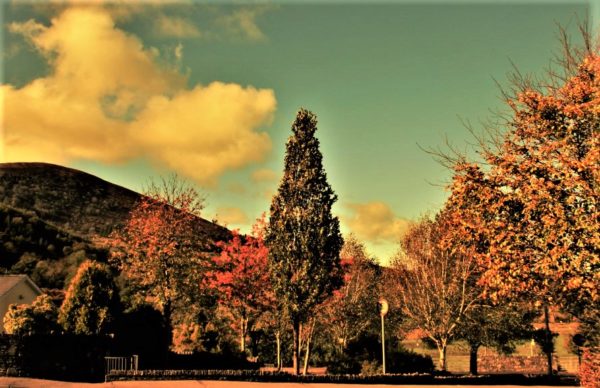