We thank Niall for the above information.  (S.R.)

We have just returned to the US after a most memorable trip to the Millstreet area, where with the help of Millstreet.ie and Michael in particular we were able to make connections with third- and fourth-cousins in the Buckley family of Rathcoole and nearby. We learned a tremendous amount about the Buckleys and their history during this trip, but even more importantly we had the opportunity to meet a large number of wonderful people in the Rathcoole-Millstreet area, all of whom were as welcoming and helpful as they could be. We were very warmly embraced by Mary Buckley of Rathcoole and her beautiful family, and had the experience of a lifetime while we were there. Millstreet.ie and the members of the Millstreet area community can rightly be proud of the tremendous gifts they are giving to the area’s prodigal sons and daughters who are at last wandering home in search of their Irish roots. 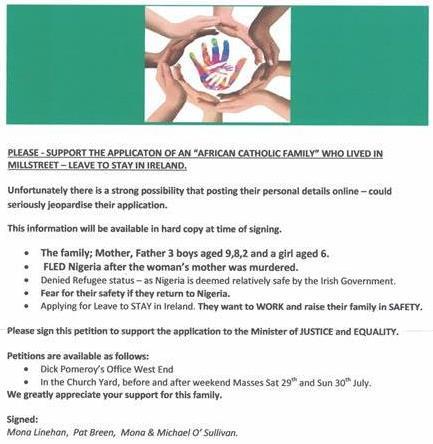 Last weekends Imokilly Mini Stages Rally produced some great results for some of our local crews that made the trip to East Cork to compete in what was a very Enjoyable Event,there were Class Wins for two of our local Crews who competed with Mike P Kelleher/Iarla McCarthy emerging victorious in Class 10 in there Mark2 Escort while Sean Moynihan/Liam Brennan in another Mark2 Escort finished just outside the Top 10 in 11th place and took the Class 12 Honours, John Murphy/ Eoghan McCarthy came second in Class 20 with there Subaru Impreza,and Colin Moynihan/Sean Collins Honda Civic had a great run to finish 2nd in Class 11F while there were also some great performances from other local Crews including Denis Buckley/Declan Casey who finished 3rd in Class 10 and Kilcorney Man Derry Long guided Colin Roche in his Toyota Starlet to top Class 11R Honours.Mike Dineen/Darren Cremin also had a good run and finished 7th in the hotly contested Class 11 R Category.

The Event was won by Gary Kiernan/Ryan Moore in there Ford Escort Mk2 with Killarneys Rob Duggan driving another Mark2 Escort securing second overall, the Rally which consisted of 6 Special Stages used Roads around the Cloyne Area and was ran in very favourable Weather Conditions with 102 Crews crossing the Start Line and 71 finally making it back to the finish after a good days Competition.

We wish to extend sincere thanks to All who so very generously contributed to this year’s Annual Church gate Collection in aid of Irish Cancer Society.  Special thanks also to the wonderfully dedicated Helpers at the Collection.  The amount collected:  €1,712.63.  Click on the images below to enlarge.  (S.R.) 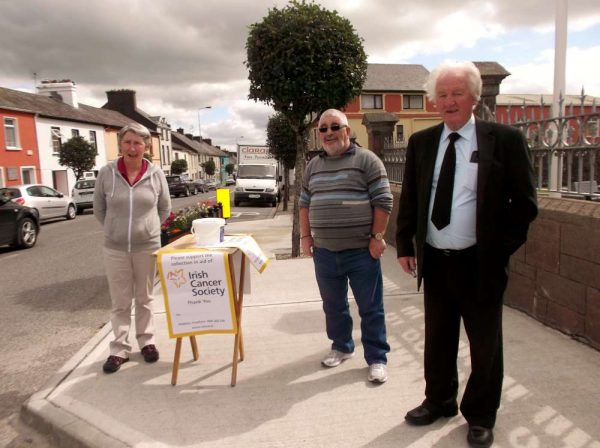 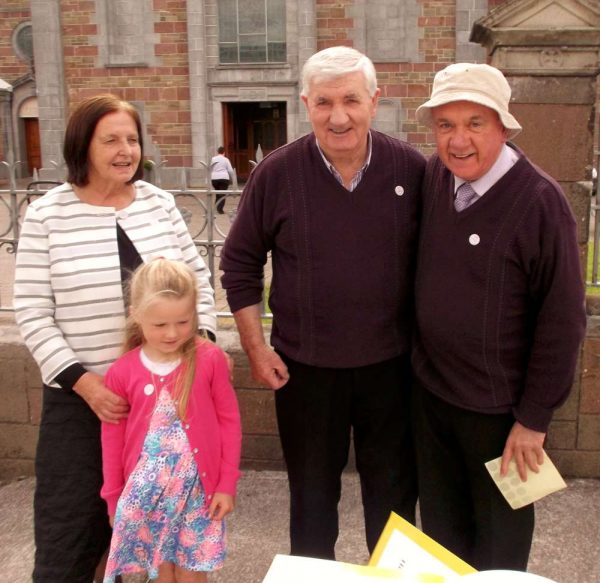