A new DVD has been produced of the Plaque unveiling in Aubane Community Centre which took place last December to remember the 1916 Mushera Company of Irish Volunteers, the price of the DVD is 10 Euro and copies are available from Noreen Kelleher Aubane and Noreen can be contacted on 087 9486673 if you wish to purchase a Copy. 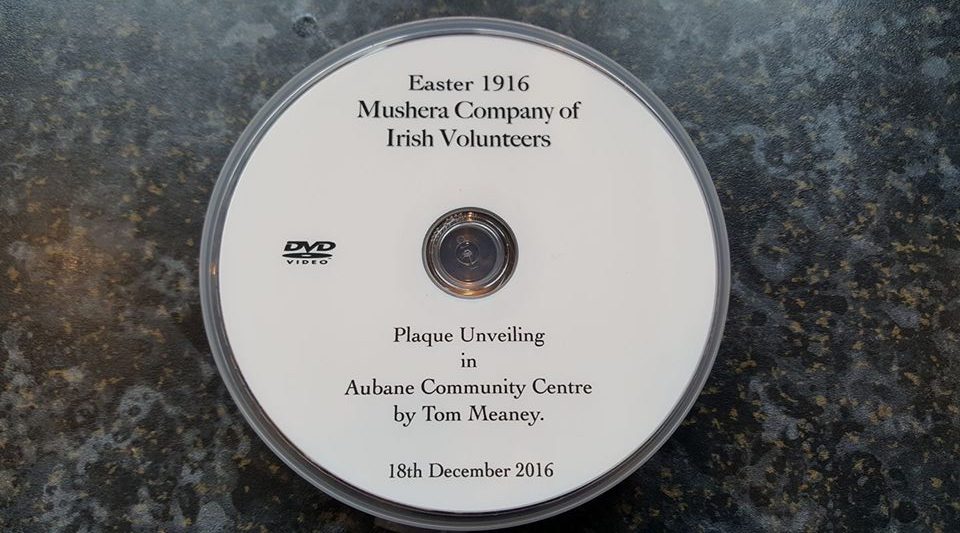 The death has occurred of Maurice O’Keeffe, Musician, Glounreigh, Kiskeam, Cork. Maurice passed away peacefully at home surrounded by his loving family in his 98th year.Beloved husband of the late Peg and father of the late Jeremiah. Deeply regretted by his sons: Francis, Denjoe and Christy, daughters: Maura, Sheila, Eileen and Margaret, brother John, sister Julie, daughters-in-law, sons-in-law, brother-in-law Dermot, grandchildren, great-grandchildren, nephews, nieces, relatives, neighbours and his many friends.

May He Rest In Peace.

Maurice achieved a degree of fame in the late 1960s when, as a Cork County Council road ganger he was filmed playing the fiddle on the side of the road during a tea break with his men. Of more sustainable fame for Maurice though was his undoubted gift for the music of his locality and his generosity with the dispersal of the many tunes he had gathered and learned. END_OF_DOCUMENT_TOKEN_TO_BE_REPLACED

The Annual Daffodil Coffee Morning (coordinated by Mary Fitzgerald & dedicated Supporters) will take place in Millstreet G.A.A. Community Hall this Thursday, 23rd March 2017 from 9:30 a.m. until 12:30 p.m..  All are very welcome to this important and praiseworthy fundraising event.  (S.R.)