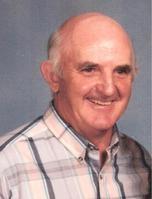 Michael Lucey, 91, passed away peacefully, surrounded by family at home on the evening of June 30, 2016.

Mike or Mick, as he was known, was born the seventh of nine children to Jeremiah and Margaret Lucey along the Old Road, Ballyduane in Newmarket, Co. Cork, Ireland. He went to work at the tender age of 14 for various farmers. Mick came to America for the first time in 1949 at the age of 24. He worked as a sheepherder in Lakeview, Oregon for eight years before returning to Ireland and purchasing his own farm. He went back and forth between Ireland and Oregon and settled in San Francisco, where he was known in the Irish-American community for playing the button accordion; providing music, song and dance wherever he went. He worked for the Presidio Army Golf Course. He married his sweetheart, Mary, and they had END_OF_DOCUMENT_TOKEN_TO_BE_REPLACED