This farcical comedy is set in the 70’s and the action takes place in a seaside caravan with five ladies embarking on a “strictly women only” holiday. A case of mistaken caravan identity sends the Widows’ Paradise into disarray with the subsequent arrival of no nonsense Alpha-male Harry his dim-witted sidekick Ernie and Harry’s handsome young son Alan.
Add a couple of surprise visitors in the form of Willie and Farmer John and you have what can only be described as hysterical chaos.
What was supposed to be a scene of peace and tranquillity turns into a riotous clash of the sexes, each of the ten characters with his/her own story to tell!.

This hilarious comedy will sure to have you splitting your sides! Come along and join us if your up for a good laugh! 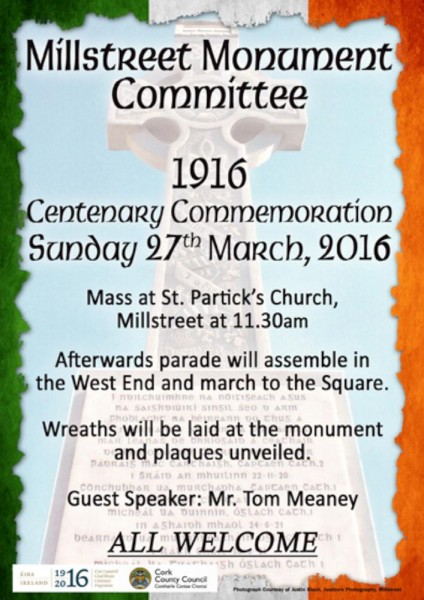 The centenary commemoration of the 1916 Rising and the mobilisation of the four local companies – Keale, Millstreet, Mushera and Rathduane will take place next Sunday. The 11.30 Mass in St. Patrick’s Church, Millstreet will be in memory of the local deceased Irish Volunteers who participated in Easter manoeuvres 1916. (In the event of a funeral, the funeral will take precedence) All descendants and relatives of the Volunteers of the above Companies are invited to attend.

After Mass the Millstreet Pipe Band will lead the parade of descendants, relatives and the general public from the West End to the Square. The colour party will include Órla Twomey, Hannah Meaney, Pádraig Moynihan and Donnagh Murphy. The ceremony in the Square will include: 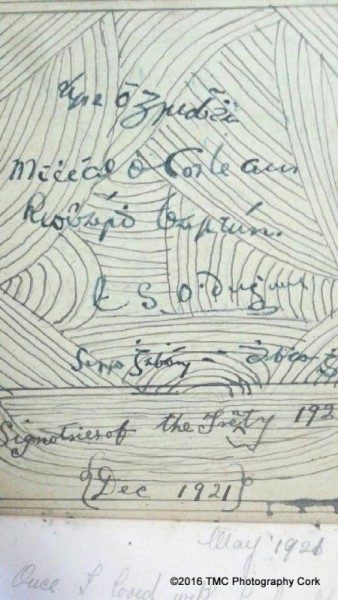 END_OF_DOCUMENT_TOKEN_TO_BE_REPLACED

Nicole Ryan spoke to Ryan Tubridy this morning on RTÉ Radio 1, on the death of her brother Alex, and dealing with the aftermath. She wants to go out and share his story with others, in schools and colleges to warn young people about the dangers of drug use and “give kids the information they need to not make the same mistake my brother did”, starting in Ireland, and moving across Europe and onto Asia.

Listen to it below, or click here for more information on her campaign.

END_OF_DOCUMENT_TOKEN_TO_BE_REPLACED

Only just over a month to go, so if you are looking for a new challenge or a seasoned expert, there is something to suit al levels and Millstreet Country park is the place to be on Sat April 30th.
Check out MonsterMAC2016.com for more details 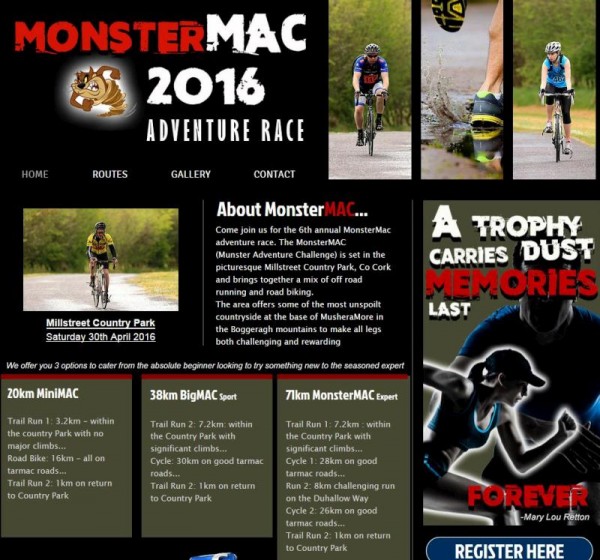 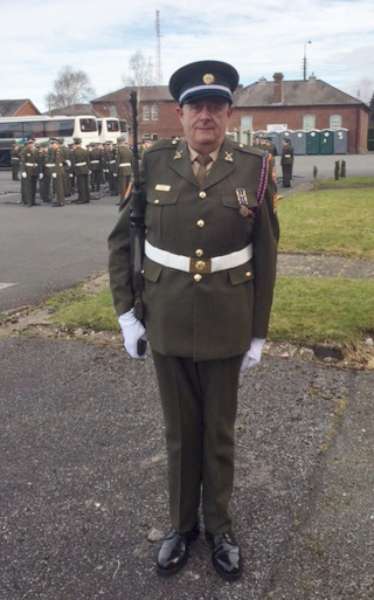