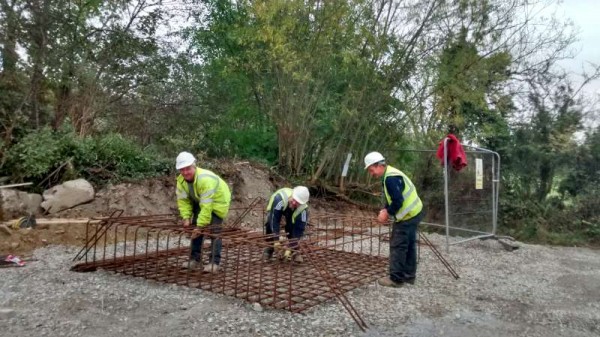 With the good weather, work has been continuing on the foundations of the new Bridge at the Boeing – photos thanks to Michelle END_OF_DOCUMENT_TOKEN_TO_BE_REPLACED

The play, set in 1964, focuses on the life of 68 year-old Madge Mulloy who has spent more than 40 years struggling to survive on a small farm with her only daughter Maura. Sadly, Madge has had to live with the fact that her husband Tom simply vanished without a trace within five months of marrying her! The play centres on Tom’s homecoming and explanation of his disappearance. With two love stories, a dominant wife, a frightened husband, a confused curate, a gormless postman and two pedigree gossips, this production has all the ingredients for an unforgettable night of entertainment!