Our Great Great Grandfather we think was called John. He had at least 2 sons: Cornelius b.1849 and Dennis b.1854 (our Great Grandfather.) The story goes that he remarried and raised a second family who may have inherited the family farm. This could explain the emigrations of Cornelius and Dennis – Cornelius went to America where he became a successful lawyer.

Dennis our Great Grandfather claimed to have been born in Millstreet in 1854. He was associated with a Colonel Elliot with whom he left for England as his servant. The colonel died very shortly afterwards leaving Dennis stranded in Bath where he END_OF_DOCUMENT_TOKEN_TO_BE_REPLACED

Blessed with some truly excellent weather the scenes at Green Glens were so very colourful, cheerful, exciting and very, very busy.   The coordination within the town, of Show traffic following the superbly successful Show was carried out with splendid precision and efficiency avoiding any traffic jams.  The Sunday event was televised for a END_OF_DOCUMENT_TOKEN_TO_BE_REPLACED 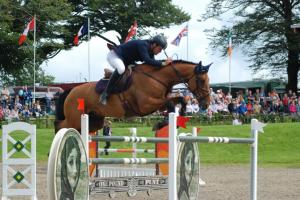 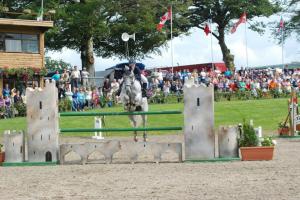 From Stable to Stable Magazine: Great Britain notched up an incredible 6th win this evening as Anna Edwards rode to victory in the €50,000 Millstreet International Grand Prix. The 28 year-old had no problem with course designer Mark McGowan’s challenging Grand Prix course and jumped clear in the first and second rounds riding “Diaghilev;” END_OF_DOCUMENT_TOKEN_TO_BE_REPLACED