Dia is mhuire diobh go leir a cairde and welcome to news report 999 from Millsteet.

Fondest greetings dear listeners and I wish you all the very best on the second Tuesday of February.

A note here from our clergy to say a million thanks to all those who supported their recent church door collection in aid of Haiti which amounted to just under €8,000. The money will be forwarded to Trócaire, without delay.

END_OF_DOCUMENT_TOKEN_TO_BE_REPLACED

FIFTY years of gaelic games was acknowledged at a celebratory function by Cullen GAA in the Dromhall Hotel, Killarney on Saturday night.

When the Duhallow Board was set up in 1933, a GAA Club was formed in Cullen, the first President was Dr. Pat O’Callaghan, who twice won Olympic gold medals. Success came early to the club on capturing Duhallow Junior Football titles in 1936 and 1939.

During the war years, Cullen GAA fell into decline. However in 1959, Cullen GAA to re-establish itself as …

Read the full article on the Corkman newspaper

The gift of memory is a marvellous thing
I still remember Mary Brigid Ring
In all weather sunny, windy, wet and cold and cool
From Coolinarne she cycled to and from the Millstreet Secondary Convent School.
.
A few years older than me far as I know
Her wavy hair dark as wing of a crow
She had great warmth in her cheerful hello
I am going back some fifty years ago. END_OF_DOCUMENT_TOKEN_TO_BE_REPLACED 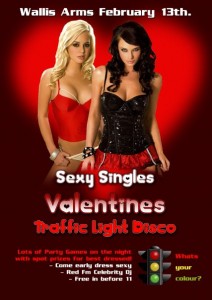 Lots of Party Games on the night with spot prizes for the best dressed. Come early, dress sexy, Red FM Celebrity DJ, free in before 11pm

Wed 10th Feb: Its only a few days away …. the big Valentines Party… Have you decided wot colour your gonna be on sat nite ?? Red means your off the market, Amber means your unsure and GREEN means you aint goin home alone !!!!